Regardless of where you stay in Las Vegas during your bachelor or bachelorette party, you’re never far from a slew of nightclubs and pool parties (if you arrive in the summer). Nonetheless, some digs are better than others if you choose to celebrate your last days of being single in Las Vegas. 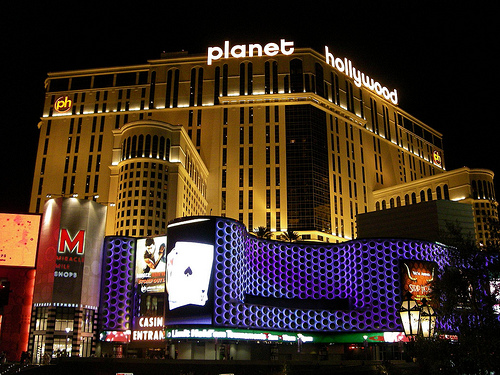 Planet Hollywood Resort and Casino is hip and happening, and it doesn’t hurt that it’s also centrally located on Las Vegas Boulevard, so it’s easy to get around the Strip. Planet Hollywood has more than 2,000 rooms, including many suites that offer great views of either the city or the Bellagio Fountains. Large, open suites with floor-to-ceiling windows offer a party-like ambiance to kick off a stay with friends.

Beyond the casino floor, Planet Hollywood is home to the Miracle Mile, which is packed with shops and dining facilities that are open until late at night. There are also several shows at the Saxe Theater and V Theater, some of which are only appropriate for adults, such as Marc Savard’s comedy hypnosis show and American Storm, which the ladies will appreciate. During the day, women should check out the Stripper 101 class, offered several times daily at the V Theater.

>>More information on Las Vegas hotels with the best views of the Strip. 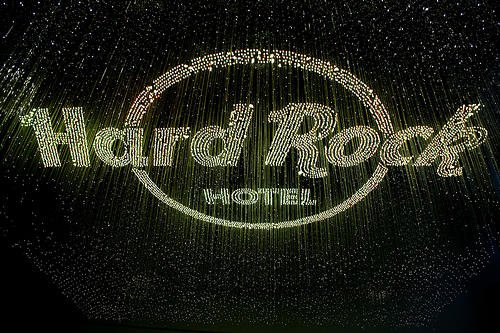 Though set back from the Las Vegas Strip by a couple blocks, many people who show up at Hard Rock Hotel for their bachelor or bachelorette party set up shop and don’t bother leaving. The hotel offers everything you might need in the way of clean, flirty fun while you’re in the city. The hotel itself offers dozens of edgy room plans that are practically designed to cater to bachelor and bachelorette parties. Choose your suite: Would you rather stay in the heavenly Nirvana Penthouse, or would you rather rock it out in the Stones Penthouse? Some of the villas even have their own pools.

Hard Rock Hotel is one of the hot spots for hip celebrities in Las Vegas, so keep your eyes open on the casino floor. During the summer, throw on your sexiest swimsuit and head to Rehab, one of Las Vegas’ premier pool parties, where house DJs spin poolside and the deck is packed with beautiful people. At night, party it up at Vanity, the 14,000-square-foot on-site nightclub. Hard Rock Hotel also has a popular concert venue, The Joint, which attracts headline performers, so check the schedule before arriving in town to secure tickets. 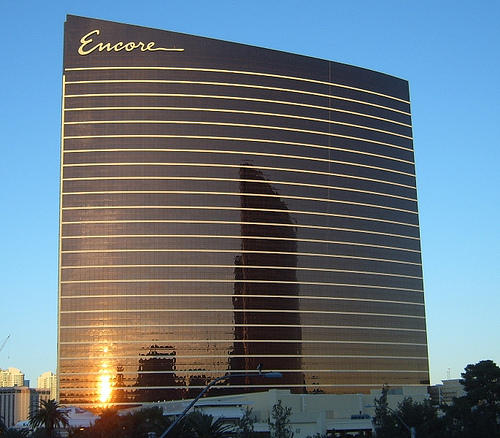 Encore Las Vegas offers the opulence for which Wynn Las Vegas is known, but it comes packaged with a flair found only at boutique hotels. The great thing about staying at Encore is that you can appreciate Las Vegas’ over-the-top indulgence by walking down the breezeway to to Wynn or out the front door to the Strip, yet escape the hype at night when you return to the resort.

Both men and women can take advantage of the spa services offered at Encore, which include a variety of body treatments, facials and therapies such as the signature Moroccan Mud Wrap. Encore (and neighboring Wynn Las Vegas) are perhaps best suited for bachelor and bachelorette parties that want to take advantage of the nightclub scene. Between the two of them, Encore and Wynn offer four popular nightclubs, two of which—XS and Tryst—are often named as the best clubs in all of Sin City. 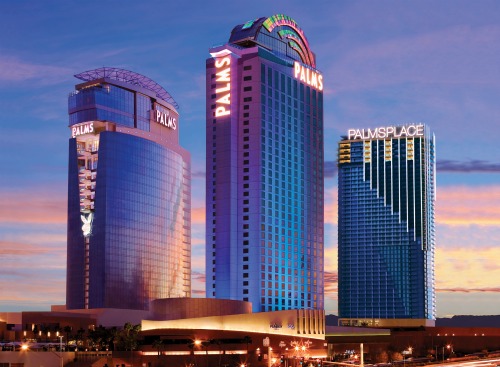 Another property known for its nightlife, Palms Las Vegas is the up-and-coming hotspot in Las Vegas. What Hard Rock Hotel has been in the past, Palms may be in the near future. This is a particularly fun place to park your bachelor or bachelorette party if you can afford to splurge. With its selection of unique suites, guests can choose whether to party the night away in any number of fantasy suites, which include the 3,000-square-foot Real World Suite and the noteworthy Hugh Hefner Sky Villa, which tops out at more than 9,000 square feet.

Though it may be tempting to hole up in your sweet accommodations, tear yourself away to wine and dine at Nove Italiano, which offers stellar views of the city, before choosing from several bars, lounges and nightclubs at which to party all night. The Playboy Club also offers sweeping view of the Strip, but even more exclusive is Moon, which is the resort’s penthouse nightclub. 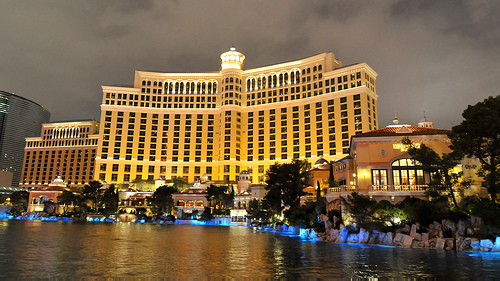 If your idea of the perfect bachelor or bachelorette party has nothing to do with nightclubs and entertainment and everything to do with class and indulgence, make plans to stay at the Bellagio. Many people consider the Bellagio to be Las Vegas’ premier property, and you and your party will be treated to top-of-the-line customer service and care.

During the day, relax poolside at one of the resort’s many pools. The resort’s spa, Spa Bellagio, offers a selection of specialty treatments including several seasonal options. For dinner, dress in your finest for a meal at Michael Mina, Le Cirque or Picasso, all of which have received several culinary distinctions. Bellagio’s nightclub, The Bank, is not as well known as many others in Las Vegas, but if you want to drink and dance the night away, this is where you and your friends can go without leaving the Bellagio.


>>More information on planning a bachelorette party in Las Vegas.