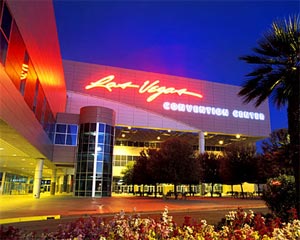 The Las Vegas Convention Center is one of the largest in the world and its busy calendar helps set a rhythm for the entire city. There are conventions going on nearly all the time in the city, and though the largest annual conventions in Las Vegas are held during the slower periods, it is not uncommon to bump into such events at any time.

Many of the larger hotels in Las Vegas offer meeting spaces of some sort, but the largest convention space in the entire city is the Las Vegas Convention Center.

The current site first opened in 1959 and has been expanded many times since. It was originally located across from the Las Vegas Hilton (the International Hotel at that time), but now it stretches past Desert Inn Road to the south. It is easily accessible by car, taxi or via the Las Vegas Monorail.

Though it’s not common to find conventions taking place over major holidays, there are usually a number of conventions and similar meetings going on throughout Las Vegas at any given time. Many of them only have a few dozen participants, but several of the larger ones have more than 100,000 attendees. During these larger conventions it can be hard to find a cheap hotel room. Unless you are attending one of these yourself, it’s usually best to try to avoid the city when conventions with more than 50,000 attendees are taking place in town. You’ll find better prices and more options for dining and entertainment when there are fewer people.

A number of conventions come and go every year, but some of the most popular and largest are:

Other Convention Centers in Las Vegas

As if the massive Las Vegas Convention Center isn’t room enough to house thousands of people as they make their way from convention halls and workshops to networking events, there are several other places in town that hold conventions and meetings. These places include: