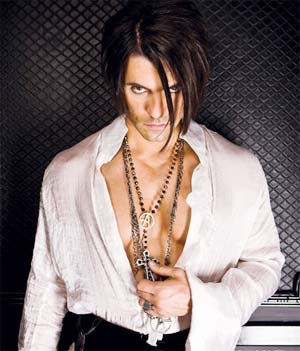 We love to hear from our readers, and love when you all take the time to comment on a story. But we certainly weren’t expecting the influx of posts we received from a recent story we did on reactions to the preview shows to the new show, “Believe,” a cross-production between illusionist Criss Angel and Cirque du Soleil.

First, just to remind readers, these are reviews from the preview shows, where generally shows are still ironing out the details. Second, these views are from the commenters and don’t necessarily reflect the staff or writers of this site, who haven’t seen the show yet.

That said, everyone’s opinions are important and I think it says something when so many of our readers feel they had a negative experience at the show they saw, especially when the grand gala opening is supposed to be this weekend.

Here are some snippets from the comments left:

It wasn’t all bad reviews, though.

You can read the entire thread of replies here, but the overall message delivered by our readers who’ve actually seen the show at the Luxor is that Believe isn’t worth watching. In fact all but three seriously panned the whole production, which is not a good indication for the show.

Is it that the Criss Angel fans are expecting more in the magic done in the show? Are the Cirque du Soleil fans expecting more of a carnival atmosphere with the acrobatics and other key show elements, to make it more in line with other Cirque-branded shows on the Strip?  Maybe Angel’s ideas for the show and Cirque du Soleil’s concepts can’t mesh together without one giving way to the other, and if so, what’s the purpose of a joint production?

Angel’s pr has yet to return our request for an interview on this, but in a current piece in 944 Magazine, the illusionist is quoted as saying: “This is Cirque’s most complicated show ever, even more so than KÀ. It’s so technically sophisticated and detailed, and it’s really been a massive challenge for me on so many levels. I’m going into territories I’ve never journeyed before. It’s easy for me or Cirque to do what’s expected of us, but we’re challenging each other to create a form of entertainment that’s never been seen.”

But based on what the majority of our commenting readers are saying, the current incarnation of the show isn’t worth seeing. And these are people who spent hard earned money to be among the first to experience Believe.

If you’ve seen the show but haven’t commented, please add your voice to this topic. And if you have already given us a review, please tell us what you think this show needs to be “Believeable” …and watchable.