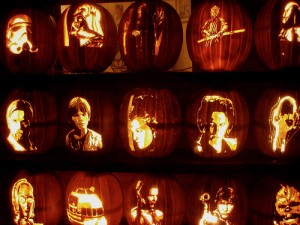 If you’re looking for the world’s largest, most outrageous Halloween costume party, you’ll find it in Las Vegas.

Whether they’re here for Memorial Day, Labor Day, New Year’s Eve or any random day of the week, visitors to Sin City love to party it up, so it shouldn’t be any surprise that the Strip comes alive in a parade of witches, werewolves, ghouls and goblins when October 31 rolls around.

Rates for Las Vegas hotels are usually higher over holidays like Halloween (especially if the holiday falls on a weekend), and space may be at a premium depending on where you want to stay so book early. Make arrangements for any particular shows or restaurants that know you’d like to visit while you’re in town. Special guests for the Halloween parties at the city’s nightclubs are announced in advance, so if there’s a particular party you’d like to attend or a certain celebrity you want to rub elbows with, get on the guest list as soon as possible.

Though specific events throughout Las Vegas vary from year to year, there are some Halloween classics that can be found every year in Las Vegas.

Harrah’s hosts a Halloween party at the Carnaval Court, an outdoor bar known for its bartenders. The party usually includes an array of psychics, live music, drink specials and cash prize giveaways for the best costumes. There is a modest fee to get in to the party.

One of the most anticipated Las Vegas Halloween events is the Fright Dome at Circus Circus. Often considered one of the top scariest haunted attractions in the United States, the Fright Dome is not appropriate for children under the age of 12. Spread over five acres are several haunted houses, professional character actors, live shows and, of course, the classic Adventuredome rides. The Fright Dome is open the entire month of October, and fastpass tickets go on sale months in advance.

To fully enjoy your Halloween in Las Vegas, it may be helpful to keep the following in mind: