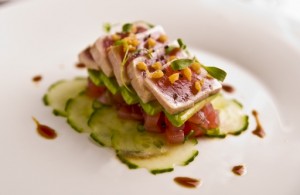 Las Vegas is known for its awesome dining opportunities, but eating out at some of the city’s finest restaurants can get pricey. Therein lies the beauty of Las Vegas Restaurant Week, an incredibly popular event usually lasting two weeks, which features affordable food at top-tier restaurants … and it all goes to help a good local cause.

The event began in 2007 when MGM Grand food and beverage executives David McIntyre and Scott Hamilton came up with the idea as a way to raise funds and awareness about Three Square Food Bank. Restaurants participating in Las Vegas Restaurant Week create prix fixe meals, which are offered for $20.11, $30.11 or $50.11. Participating restaurants create menus for breakfast, lunch or dinner and select a donation of $4.00, $5.00 or $6.00 for each meal sold. The proceeds from the meal are donated to Three Square Food Bank’s fight against hunger in Southern Nevada. Since it’s inception in 2007, more than 600,000 meals have been provided to those in need.

The 2011 Las Vegas Restaurant Week runs from August 29-September 11. More than 80 restaurants will participate in the event, including The Capital Grille at Fashion Show Mall, Rick Moonen’s rm seafood at Mandalay Bay, Comme Ça at The Cosmopolitan of Las Vegas, TAO at The Venetian, Panevino located off strip and Diego Mexican Cuisine at MGM Grand.

For a full list of participating restaurants and to learn more about the annual event, visit the event website.