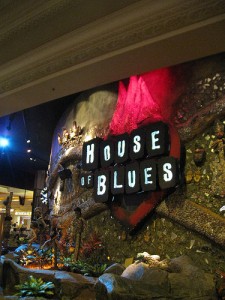 Pool parties, beer, great weather and a memorable start to the summer season …

Memorial Day is like Spring Break for adults, and what better place to ring it in than Las Vegas?

The three-day Memorial Day weekend kicks off the summer season in Las Vegas and is generally the city’s busiest weekend of the year (rivaled only by New Year’s Eve). Don’t expect to find outrageous deals on lodging, dining and shows, though it never hurts to ask around about Las Vegas deals before you arrive. If you want to be in Sin City for the long weekend, plan early and thoroughly. Avoid standing in long lines and being turned away at the door by making dinner, show, nightclub and pool party reservations as soon as you are able to ensure you can pack in everything you want to see and do.

Once you do book your ticket to visit Sin City, though, you’ve got plenty of choices to fill your long weekend. All the pools will be open, and they’ll be packed with celebrities, musicians, athletes and gorgeous people from around the globe. Though the pool parties at Bare Pool at the Mirage, Tao Beach at The Venetian and Rehab at Hard Rock Hotel are among the more popular swimming holes for adults, families can chill at guest-only pools without worrying about exposing kids to too much skin.

At night, hit the nightclubs, which are guaranteed to be packed. Reserve VIP and bottle service in advance. Pure at Caesars Palace, LAX at Luxor, Tao at The Venetian, Tryst at The Wynn and XS at Encore are among the hottest nightclubs for A-list celebrity sightings and guest DJs. 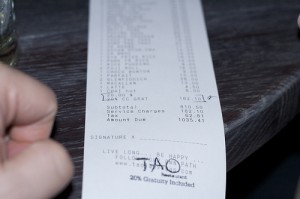 Concert venues around the city are booked months in advance with the hottest names in music and performance. If you’re planning on sticking near the Strip, you’ll likely find that the biggest concerts will be held at the Pearl concert theater at the Palms, in Mandalay Bay’s concert venue and at the House of Blues, but it has become increasingly popular for big-name musicians to perform at the pools and in the nightclubs as well, so look beyond the traditional venues for musical entertainment on Memorial Day weekend.

Once you get off the Strip, there are a number of annual festivals and events that take place around the city. The Snow Mountain Pow Wow is a celebration of the Native Americans spread across southern Nevada, southern California and Arizona and includes local artisans selling a variety of crafts and food items. Boulder City, located southeast of the Las Vegas Strip, holds a barbecue challenge complete with a pancake breakfast, fun run, cook-off competitions and live entertainment.

There are usually festivities taking place at the Las Vegas Speedway and Fremont Street Experience in downtown Las Vegas as well. Specific events vary year to year, but it’s safe to assume that there will be a packed line up of bands and musical entertainment.

Regardless of where or how you spend your time in Las Vegas on Memorial Day weekend, keep the following in mind: The desert sun might not be scorching hot quite yet, but it is intense. If you plan on spending any duration of time outside, wear sunscreen and drink lots of water. Dehydration and heat exhaustion sneak up on a lot of visitors, especially if they’ve been drinking.

Beyond that, though, have fun, be safe and enjoy Memorial Day weekend in Las Vegas. There really isn’t a better place to spend it.

If you’ll be in town for more than the weekend, read up on what to expect in Las Vegas in June.