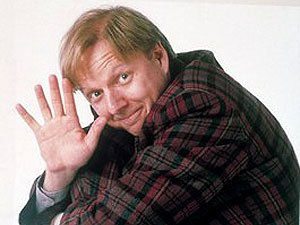 Harrah’s Las Vegas is home to several interesting shows which will definitely keep you interested. If you like comedy shows then Harrah’s is the best place to be in Las Vegas.

The show mixes quirky jokes and mind boggling magic. He constantly jokes with the audience, keeping them engaged, without the use of any flashy costumes or extravagant stage elements.

It is a children-friendly show, although kids under 5 are not allowed in the audience.

The show takes place in the Main Showroom at 8:30 pm. on Monday, Thursday and Saturday. Tickets cost $54 (excluding the taxes and fees).

The famous comedian brings her show to Las Vegas. In a city where semi-nudity is the norm, she manages to keep audience engaged without stripping or dancing naked. Her witty comments on men and relationships are bound to make you giggle (or sigh).

Her comedy is easy to relate you. She covers common topics, such as aging, shopping, the differences between men and women. Her show is perfect whether you bring your significant other to the show or plan a night out with the gals.

It has been voted best Comedy Club for the past four years. The funniest and freshest comedy acts can be found here. And you’ll be delighted to hear them. Each week, three new comedians perform here which makes the show really unique.

Audience must be at least 18 and the reservations are suggested.

The show features live re-creations of yesterday and today legends, backed up by a live orchestra and dancers. The show has an alternating cast so you never know who you’ll see on the stage but you surely won’t be disappointed.

Audience must be at least 2 years old. It’s a show suitable for those who want to see legendary performers on the stage again.