Getting to Las Vegas

Las Vegas is a vacation destination for people all around the world. As such, it is fairly accessible and relatively affordable to reach the city from several domestic and international cities.

Most people who are traveling a long distance to reach Las Vegas come by plane, though many others drive and a small percentage take the bus. There is no passenger train that runs through or past the city. 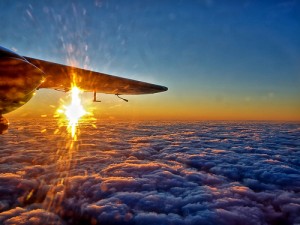 Las Vegas is just like any other city when it comes to booking plane tickets in advance. If you know you want to visit Sin City at a certain time, the earlier you book your flight, the cheaper it will be. Chances are you will have more flexibility regarding arrival and departure times as well.

However, there are frequently deals for cheap flights to Las Vegas, which pop up anywhere from a month to just a few days prior to travel. If you are flexible about when you can travel, it may be worth waiting until the last minute to book a flight. However, if no travel deals are available at that time, you run the risk of paying significantly more for a ticket.

Las Vegas is serviced by McCarran International Airport (LAS), which is located directly east of Las Vegas Boulevard and south of Tropicana Avenue. It is about a 10-minute drive to the heart of the Strip, depending on traffic. Most airlines provide direct or connecting service to the city; Southwest Airlines offers the most flights in to and out of Las Vegas. Connecting hubs that provide the most frequent flights include Los Angeles, Salt Lake City, Denver, San Francisco and Dallas-Fort Worth.

Sample round-trip airfares from nearby cities: 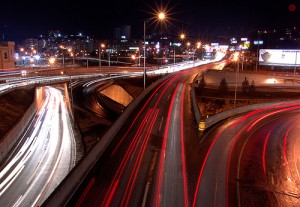 There are two interstate highways that run through Las Vegas: I-15 and Highway 95/Highway 93/I-515. The two run nearly perpendicular to each other, making a big X across the city. They intersect just north of the Las Vegas Strip.

I-515 is better known as I-95 in the city, though it is also Highway 93. It enters the city in the northwest corner and heads toward the southeast section of Las Vegas. It goes through Henderson then loses it’s interstate status and becomes a two-lane highway as it passes through Boulder City, past Lake Mead National Recreational Area, across the Hoover Dam and into Arizona.

There is a lot of traffic in Las Vegas, especially on Las Vegas Boulevard and I-15. If you choose to drive, prepare to be an offensive driver and watch out for the taxis as their drivers tend to be among the most reckless in the city. Do not drink and drive and be mindful of dangerous driving in the vicinity of the Strip, especially in the early hours of the morning.

That said, having a car in Las Vegas can be particularly nice if you’d like to get to Fremont Street or explore areas in and around the city, such as Red Rock Canyon. Rental cars are available if you choose not to drive in with your own.

Las Vegas is right in the middle of the desert, and gas stations are few and far between outside of the city. Fill up where you can as you head in and fill up before you leave as well. Carry an emergency car supply kit and plenty of water. Though cell phone service is available along the main highways, don’t rely on it once you turn off the main roads.

Driving distances from nearby cities: 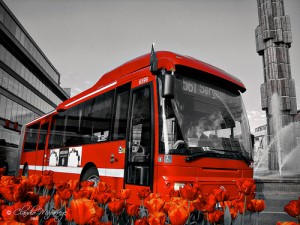 Very few people actually travel to Las Vegas by bus, but that doesn’t mean it’s not an option. There are a handful of bus companies that make the trip into the city from nearby destinations, but travel time is significantly longer by bus than by plane or car, depending on which company you book with and how many stops are required along the way. However, it may be the least expensive option (depending on what kind of vehicle you might choose to drive instead).

If you choose to ride the bus to Las Vegas, you have a few options for getting around. The Deuce is the public bus that runs the length of the Strip and into downtown, and other public buses run throughout the city. You can also choose to rent a car, take taxis or, if you are staying on the Strip, utilize the Las Vegas Monorail or walk.

Sample fares (one-way) and driving times from nearby cities:

How to get to Las Vegas from: