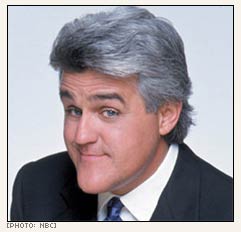 NBC late night host and regular Vegas performer Jay Leno has decided to dedicate two of his upcoming shows at The Mirage to charity.

The proceeds from his 10pm shows on Wednesday, June 25th and Friday, June 27th will be donated to the Greater Cedar Rapids Community Foundation (GCRCF) to help with the relief efforts of the flooded city.

“We are extremely grateful for Mr. Leno’s support of our community,” said Dan Baldwin, president and CEO of the GCRCF, in a press release about the generous gesture. “Laughter and a sense of humor are important in getting all of us back to a sense of normal. The funds generated from these shows will have a tremendous impact on our recovery efforts.”

You can also catch Leno’s live stand-up show on the following scheduled dates (show times at 10pm unless otherwise noted):

George Carlin Passes Away at 71 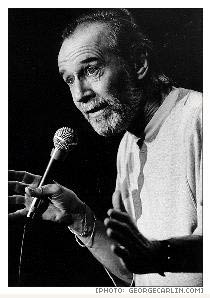 Carlin got his first big break on “The Tonight Show with Johnny Carson,” but in the early 70s became more well-known as a comic who embraced the drug culture and pushed buttons. His legendary skit, “The Seven Words You Can Never Say on TV,” even got him arrested and he took the case all the way to the Supreme Court in an effort to champion free speech for the people.

The Kennedy Center announced last week that Carlin was to be awarded the Mark Twain Prize for American Humor. It’s one of the highest honors one can bestow upon a performer in the arts.

In response, according to the press release I received, the comic simply said, “Thank you Mr. Twain. Have your people call my people.”

Carlin had just performed earlier this month at The Orleans here in Vegas and was scheduled to return in both August and November of this year.

He was known as the thinking man’s comedian – someone who said what we were all thinking or said things that simply made us think. He paved the way for a lot of comedians and that influence will be sorely missed.

Our condolences go out to his family and friends.