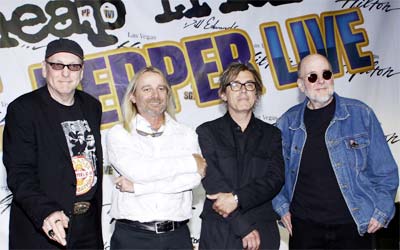 In 2007, iconic rock group Cheap Trick paid homage to one of their idols, The Beatles, by playing a show that encompassed the entire Sgt. Pepper’s Lonely Hearts Club Band album. This concert was recorded for charity and was regarded by the thousands in attendance as one of the finest performances by the band ever.

Luckily for fans of both Cheap Trick and The Beatles, the band has decided to reprise that magical musical evening with a short residency at the Las Vegas Hilton.

During the month of September, the Chicago/Rockford rockers will perform several nights of the Sgt. Pepper Live show for those lucky enough to get tickets.

“This is a groundbreaking performance that everyone said couldn’t be done live, but Cheap Trick has perfected it,” said Edwards himself, in a press release. High praise indeed.

Audio production for the residency will be handled by Geoff Emerick, with set design by Rene Lagler. Emerick handled engineering of the original Sgt. Pepper Lonely Hearts Club Band and Abbey Road albums, both of which he won Grammys for. 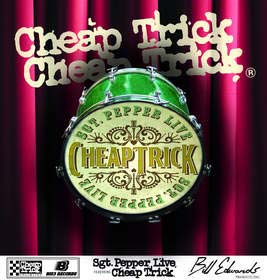 Dates for Sgt. Pepper Live at the Las Vegas Hilton are:

Whether or not you make it to one of the LVHilton shows, do yourself a favor and pick up a copy of the Sgt. Pepper Live CD and DVD, which came out August 25, 2009. It’ll not only prime you for the Vegas shows, but from what I’ve heard from the CD, it features some truly amazing performances.