Grammy and Emmy award-winning superstar Justin Timberlake will be spending a little time in Vegas next month when he comes to town to hit the golf course for a benefit for the Shriners Hospitals for Children. 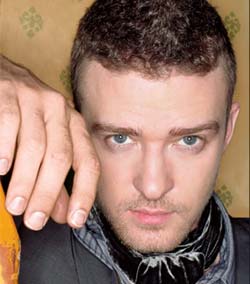 Tickets to view Monday and Tuesday’s practice rounds are $10 and start at $15 for the Pro-Am on Wednesday, as well as the Saturday tournament round and the Sunday trophy presentation, all of which will feature the music superstar.

Tickets for the tournament, which is an official part of the PGA Tour, are available at the charity’s website. Timberlake becomes the 14th celebrity in the tour’s history to host a sanctioned event, joining the likes of Vegas legends such as Frank Sinatra, Bob Hope and Sammy Davis, Jr.

Friday night, October 17, Timberlake will leave the golf course behind for a night, when he does what he does best – perform live on stage. The Planet Hollywood Resort will be the host venue for the charity concert titled “A Special Evening with Justin Timberlake and Friends” at its Theatre for the Performing Arts. So far the “and friends” part has yet to be announced, but it’s a safe bet one of them will be close friend and frequent collaborator Timbaland.

Tickets for the Planet Hollywood charity concert are available at the resort’s box office, via Ticketmaster and by phone at 702.474.4000. They range in price from $75 to $250 (plus tax) and proceeds will also go to benefit the Shriners Hospitals for Children.