Smashing Pumpkins to Headline Pearl at the Palms

As one of the most influential rock bands of the last few decades, the Smashing Pumpkins have outlasted many of their early peers. This year marks the 20th anniversary of the band and to celebrate, Billy Corgan and his bandmates are releasing a new single, a new DVD and hitting the road in support of it all. 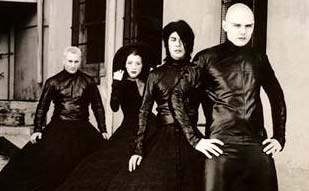 On November 29, 2008, the Smashing Pumpkins 20th Anniversary Tour will roll into the Pearl at the Palms for one night only, with the show starting at 8pm.

It all began in Chicago, in 1988, when the band first formed. Three years later, they were making waves in the indie rock community with the album Gish, which eventually went platinum. This led to them being signed to a major label, where they went on to superstar status on the basis of multi-platinum cds like Mellon Collie and The Infinite Sadness and Siamese Dream.

After briefly disbanding, Smashing Pumpkins returned last year with their acclaimed sixth album, Zeitgeist, which entered the charts at Number 2.

Now, they are entering new territory with the newest single, “G.L.O.W.,” which is part of the Guitar Hero World Tour game and will be available via download, bundled with two other hits – “1979” and “The Everlasting Gaze.”

The band is also celebrating their 20th Anniversary with a two-disc DVD set, If All Goes Wrong, which is due in stores on November 11, shortly before the Vegas stop on the tour. This set features a 105-minute documentary on the band, along with a full concert filmed during the summer of 2007, when the band played 11 sold-out nights at the historic Fillmore Auditorium in San Francisco.

Tickets to the November 29th Pearl show are $78, $88 and $113, plus tax and fees, and go on sale this Saturday, October 11, at noon via the Pearl Box Office and Ticketmaster. Good luck to those wanting tickets, because I have a feeling this show will sell out.