Usher Returns to Vegas for Show at The Palms

When one thinks of smooth R&B, the name Usher instantly comes to mind. And if you think he’s hot on CD, he practically sizzles live, which Vegas will find out once again when the singer takes the stage at The Pearl at the Palms on November 21, 2008. 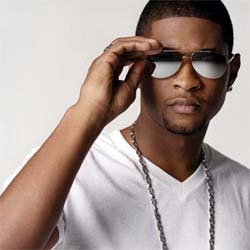 Usher Raymond was discovered by the legendary L.A. Reid, who along with Sean “P. Diddy” Combs, worked with the young singer on his 1994 self-titled debut album, Usher. That CD had a modest success, but it was enough for the label to give the OK to a second album.

That release, My Way, came out in 1997, and with the help of Combs, and fellow producers Jermaine Dupri and Babyface, went on to platinum status.

A tour opening for Janet Jackson brought him even more attention, and during this time period, Usher also dabbled in acting, appearing in films like The Faculty and on TV in shows like “Moesha.”

But it wasn’t until he collaborated with rappers Lil Jon and Ludacris for the 2004 hit “Yeah!” that Usher really hit his stride. His next CD, Confessions, received a Grammy award for Best Contemporary R&B album, along with countless other music awards.

This year, Usher released his newest CD, Here I Stand, and is closing out 2008 with a world tour that includes this November stop in Vegas.

Tickets for Usher’s November 21 show at The Pearl are $86, $101 and $176, plus tax and any additional service fees, with $1 of each ticket purchased serving as a donation to Usher’s personal charity, New Look Foundation. Tickets go on sale at the Palms Box Office and Ticketmaster tomorrow, Saturday, October 11 at 1pm. The show has a 9pm start time.