The Cast of the TV Series “Chuck” Hits Up Pure

One of NBC’s most-hyped new series is the spy comedy “Chuck,” about a computer nerd who accidently views a secret file of documents and in turn, ends up in the middle of spy hijinks.

But there were no spy escapades happening Saturday when the cast and producers of the show held a pre-launch party at Pure. Almost all of the show’s leads (sans Adam Baldwin) and producers McG and Josh Schwartz lived it up on the main stage, near the DJ booth where Colleen Shannon was spinning a mega-mix that kept the dance floor packed.

Here’s a look at some of the action happening that night: 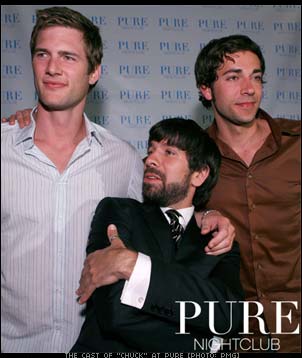 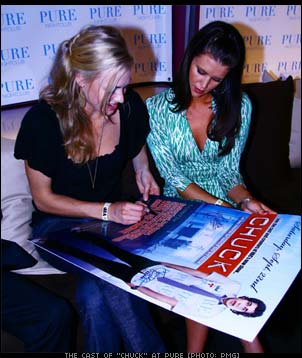 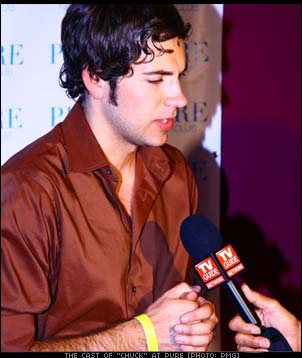 Thanks to Pure Management Group for the photos!