The idea of a restaurant concept built around a suntan oil powerhouse may seem odd, but Dennis Riese and Adam Hock, co-owners of the Hawaiian Tropic Zone at Planet Hollywood have already made the formula work at their first eatery in New York City. 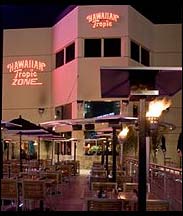 With their second location now open on the Strip, it seems the formula may work here as well. The restaurant offers a mixture of fine dining, with options for both indoor and outdoor seating. If possible, go for the outdoors, as it offers some of the best dining views along the Strip.

The menu itself was designed by world-renowned chef David Burke, who also operates his own restaurant over at The Venetian.

Desert leans more towards the whimsical, with items like cheesecake lollipops served with a bubble gum whipped cream dip and a banana split big enough for two or more. More “adult” options include a chocolate fondue and Crepes Banana Foster.

If you’re interested in checking out the new Hawaiian Tropic Zone for yourself, you’ll find it at the Miracle Mile Shops at Planet Hollywood. It’s open daily from 11:30am until 4am, with lunch served until 5pm, then dinner from 5pm until midnight. For reservations or more information, you can call them at 702.731.4858. 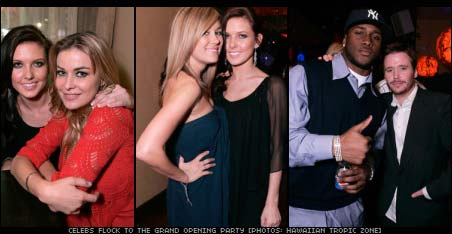