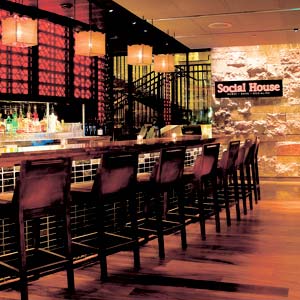 Ever since it first opened, Social House has been a big hit with sushi lovers and celebrity watchers. Located at Treasure Island, it brought new life to the property, and a never-ending string of customers wanting to see and be seen, while indulging in some great food.

Lately, however, rumors have run rampant that Social House was going to be closing to make room for some of the changes that new owner Phil Ruffin was bringing about. When asked, Pure Management Group (PMG), which runs the restaurant, has denied that it was leaving the resort — even as recently as last week.

But in the space of two Twitters to its followers yesterday (July 2), PMG left the following message:

“PURE Management Group (PMG) announces that on Sunday, July 5 it will close its innovative sushi restaurant, Social House inside TI. This is in effort to concentrate on negotiations for a new location on the Las Vegas Strip for the popular restaurant concept.”

A similar message appeared later in the day on the PMG Facebook page.

A formal press announcement hasn’t been released, yet, but since these social media statements come straight from PMG, it appears as of this Monday (July 6), Social House will no longer be operating at TI.

One has to wonder why the sudden turn-around decision to close…and without much fanfare, either. But if you want to have one last meal at the Social House, while it’s at TI, you have two days to do so.

I’ll bring you more news on the changes afoot at TI next week, as well as any further news on the relocation of Social House as I get it.