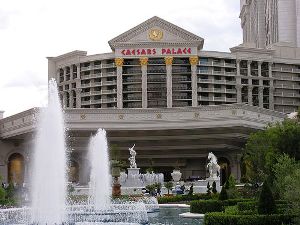 Caesars Palace opened in August 5, 1966. Building of the hotel begun in 1962 and the first tower had 680 rooms. Jay Sarno, the owner, struggled to find a name for the place and eventually came up with “Caesars Palace” (and not Caesar’s Palace) because he felt that his guests should feel as they were at a king’s home and each guest is a Caesar.

In 1969, Stuart and Clifford S Perlman bought the hotel and the plans to expend the place were on the way. In 1973, the building of an adjacent tower begun and it was completed in 1974.

In the early 1990s, the management wanted to make the place more family oriented and started to add more children features. In 1992, the Caesars Palace Forum Shops opened.

Caesars Palace is located opposite Harrah’s Las Vegas, Imperial Palace and Flamingo Las Vegas . It is tucked between Bellagio Las Vegas and Mirage The Hotel and Casino.

Number of rooms and suits

Caesars Palace has a total of 3,348 rooms in five towers: Augustus, Centurion, Roman, Palace, and Forum. 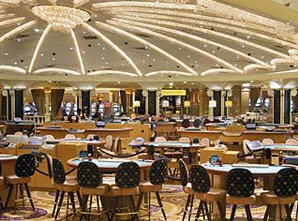 The table games include blackjack, craps, roulette, baccarat, Pai Gow Poker and Pai Gow Tiles. The slots machines come in a variety of denominations, from $0.01 to $500. You can try the reel-type slot machine, video slot machine, poker, 21 or keno. The Poker Room is designed to satisfy the needs of top poker aficionados. It features 30 tables where the guests can play the hottest games. Next to the Poker Room there’s a private tournament area. The Caesars Palace Keno Lounge is the place where guests can win up to $200,000 in cash.

Caesars Palace is a luxury hotel and the prices are geared towards the high-end part of the market. However, if you are pleased with a classic room and don’t need a fancy suite, the prices start at $90 per night even during the busier periods. Should you want to spend the holidays here, expect to pay at double for the cheapest room. 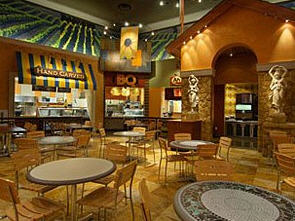 Caesars Palace offers an international array of cuisine to satisfy all your needs. From the French classic cuisine to casual dining and 24-hours café, here you can find everything you need. The Michelin Guide Las Vegas rated 3 of their restaurants as some of the best in Las Vegas. There are a total of 11 restaurants, a café and a buffet to choose from.

>>read more about the restaurants at Caesars Palace Las Vegas

Caesars Palace features incredible nightclubs and excellent lounges. They suit every taste, whether you like to party all night or relax and sip a cocktail.

>>read more about the nightclubs at Caesars Palace Las Vegas

The Colosseum at Caesars Palace is known as the most technologically advanced performance space in Las Vegas. Each night, the most prestigious entertainers offer excellent shows. Cher, Jerry Seinfeld and Rain are guaranteed to keep you entertained.

>>read more about the entertainment at Caesars Palace Las Vegas

Caesars Palace is home to a salon, a spa, pools, a shopping arcade, a photo gallery and there are golf courses near-by as well.