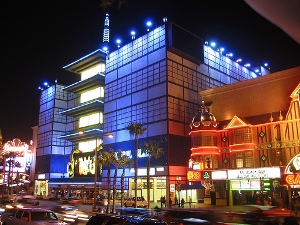 Imperial Palace is a hotel and casino located on the Las Vegas Strip. The theme of the hotel is Chinese/Asian. Its signature attraction is The Auto Collections and there are quite a lot of other things to go during your stay here.

Between 1959 and 1979, the property was named Flamingo Capri. In 1979 it was renamed the Imperial Palace to go with its Asian theme. In 1988 the property went through a major renovation and an 18 story tower was also added. In 2005, Harrah’s bough the property. 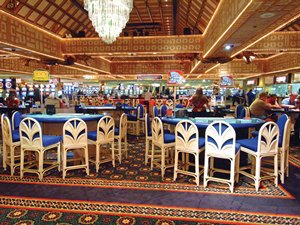 The newly remodeled casino features classic games such as poker, slots and table games. The guests can also play keno or try their luck at the race and sports book. The poker room features daily tournaments and the slots offer anyone a chance to win some cash.

Imperial Palace is definitely an affordable hotel to stay in Las Vegas, especially if you plan your vacation outside the busy periods. A Capri room located in a separate model behind the main tower starts at $25 per night while a Classic Room within the hotel starts at $40 per night.

Imperial Palace offers six specialty restaurants featuring a variety of cuisines and styles. You can grab a quick bite at the Emperor’s Buffet or enjoy a relaxed dinner at Embers. The cuisines range from American to Asian and a splash of Italian and Mexican.

>>read more about the restaurants at Imperial Palace Las Vegas

If you fancy a Karaoke night then the Imperial Palace is the place to be. Also, you can rock the night away at the Rockhouse nightclub or spend a relaxing night with friends in the lounge.

>>read more about the nightlife at Imperial Palace Las Vegas

The Imperial Palace is home to Matsuri, – unique show which transcends the language barrier and showcases the traditional Japanese culture -, the Australian band Human Nature and a unique show “Divas Las Vegas” – which features female impersonators who recreate the likeness of stars such as Madonna or Britney Spears.

>>read more about the entertainment at Imperial Palace Las Vegas 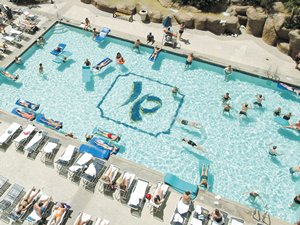 Imperial Palace surely doesn’t lack things to do. The highlight has always been The Auto Collections. Aside from that, those who admire Elvis should check out the King’s Ransom Museum, which showcases pieces from both Elvis’ personal life and his acting and singing careers.

The salon, the spa and the fitness center are an excellent choice for those who plan to mix in some pampering and relaxation in their vacation schedule. The shopping promenade offers excellent opportunities to grab a gift or a souvenir while the pool is a nice way to relax and get some tan.

And if you want to play golf, there are several courses located close to the Strip.