In a statement released today, MGM Mirage has set a date for the reopening of the Monte Carlo for next Friday, February 15th. 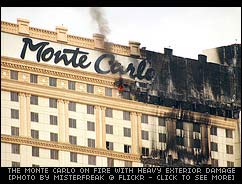 The hotel has been completely closed since the fire that occurred on January 25th, which is currently being blamed on welding that was being done on the rooftop. The blaze damaged portions of the exterior facade as well as rooms on the top floors. But with round the clock work being done both inside and out, the hotel will finally be open to guests next week.

Monte Carlo President and COO Anton Nikodemus announced the news, saying, “After what can only be described as an incredible effort by the best team of employees and contractors in the business, the Monte Carlo family will be in place February 15 to welcome guests for Presidents’ Day weekend.” 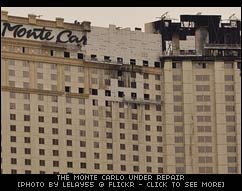 It will be a partial opening though, as only 1,200 or so of the 3,000-room inventory will be available by the 15th, with another approximately 1,300 expected to be available by the following week on February 22. The remaining rooms will remain out of service as they were located on the top floors closest to the fire and need to undergo extensive remodeling before reopening for use due to smoke and water damage from efforts to extinguish the massive blaze.

Most of the guest services on property, including the restaurants, retail and spa areas, will also be open as of February 15, with the exception of the buffet, a few select stores and the Monte Carlo Brew Pub, which should make the February 22 deadline for opening.

Resort headliner Lance Burton will resume his long-running show as of February 15, as well, with reports that his theater was undamaged by the fire.

In a nice gesture of good will and support for the staff working hard to get the Monte Carlo back into operation, Burton and fellow MGM Mirage entertainers Carrot Top and Louie Anderson have even been showing up during crew meal breaks to entertain the work crews and boost morale. 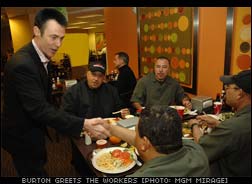 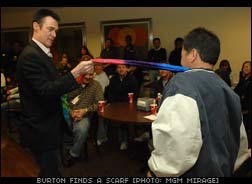 We look forward to seeing the Monte Carlo up and running again. In the meantime, if you have any questions regarding a reservation you are holding with the resort you can reach them at 888.395.0776 or visit the online FAQ posted by the Monte Carlo.