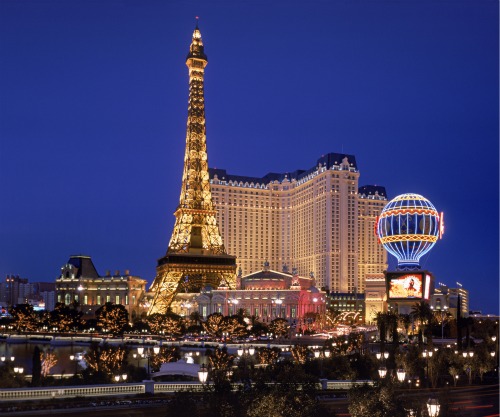 Paris Las Vegas is modeled after the Hotel de Ville. The 24-acre property, which is owned and operated by Caesars Entertainment, was opened on September 1, 1999. To celebrate its opening, fireworks were shot from the top of the Eiffel Tower.

Paris Las Vegas’ hotel tower is 34 stories high. It has 2,916 rooms, which include 295 suites. The rooms are designed with a European ambiance in mind. Rich French fabrics, marble counter tops and European fixtures are standard throughout the hotel. Suite offerings range from the 740-square-foot Giverny configuration to the 3-bedroom, 4,180-square-foot Napoleon option. 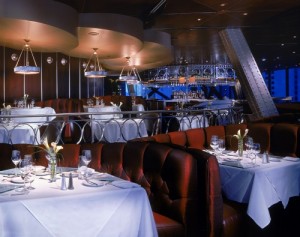 Paris Las Vegas has the ambiance of Paris, France, and it’s got the price tag as well. You pay for an experience when you stay at this Las Vegas hotel, which means it’s not among your cheapest options. During the low season, rates start at around $80.00 per night for a luxury room and can be as much as several hundred dollars per night for a suite.

Even if you’re not a gambler, the casino at Paris Las Vegas is worth checking out. The gaming space itself is 85,000 square feet in size, and it’s memorable because it is very much a part of the Parisian decor. Surrounded by cobblestone streets that are lined by iron lanterns, guests are acutely aware of what Las Vegas casino floor they are gambling on.

Those putting their money down have more than 2,200 slot machines, 100 table games and a race and sports book available for their gambling pleasure.

Paris is the center of fine dining in Europe and Paris Las Vegas does everything it can to live up to its foodie reputation. People visiting Sin City make it a point to dine at Paris Las Vegas, which offers several French-inspired restaurants that include everything from fine dining, buffet spreads and welcoming bakeries. 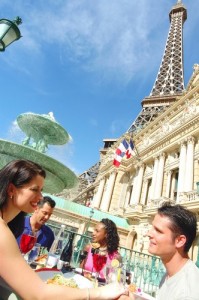 Paris Las Vegas is home to a two-story, 45,000-square-foot nightclub, which also encompasses outdoor gardens, making it the only nightclub located directly on the Las Vegas Strip. In addition, the resort has several bars and lounges, some of which offer live entertainment.

Despite its relatively small size, Paris Las Vegas packs in big names when it comes to on-site entertainment. Check the bars and lounges for additional nightly entertainment options.

People visit Paris to check out the sites, and they can do the same thing at Paris Las Vegas. Expect to see lots of people snapping photographs posed by iconic Paris landmarks, and for the ultimate experience, take an elevator up to the observation deck on the top of the Eiffel Tower for a stellar view of Las Vegas Boulevard.

Paris Las Vegas also offers guests the opportunity to shop or relax at the resort’s spa or pool.

>>More information about things to do at Paris Las Vegas.

Paris Las Vegas isn’t big and splashy like some other Las Vegas resorts. Rather, it maintains an air of sophistication and elegance that is particularly appealing to those in town for a romantic getaway (and it’s worth checking out the resort’s wedding packages if you’re thinking of tying the knot). Because of its outstanding offering of French cuisine, foodies are also likely to appreciate what Paris Las Vegas has to offer. Though the nightlife is hot, this isn’t really where the party crowd hangs out.