Planet Hollywood Brings Out The Stars For Grand Opening

This last weekend, Planet Hollywood finally hosted their grand opening celebration. Originally scheduled for the end of September, it was moved to the dates of November 16 & 17 earlier that month. 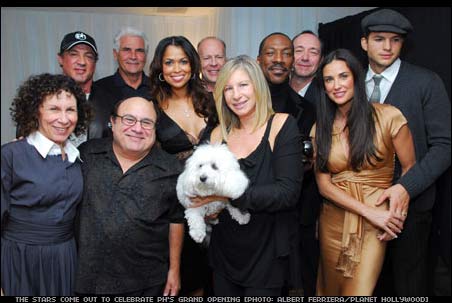 The entertainment was also full of A-listers, including a private invite-only comedy performance by Jon Stewart, followed by a concert featuring Willis, along with Big Bad Voodoo Daddy on Friday. Saturday, the Las Vegas resort upped the star quotient with another invite-only concert featuring the one and only Barbra Streisand. Babs was actually a present from PH co-founder Robert Earl to his father, as the senior Earl celebrated his birthday on Saturday, as well. Following Streisand, the music kept going at a separate party featuring Sugar Ray and Earth, Wind & Fire. 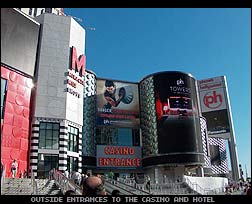 Though this was the grand opening party, there are still a few areas of the resort that bear the old Aladdin theme, most notably the back part of the Miracle Mile Shops, formerly the Desert Passage.

The rest of the resort, however has been majorly changed to reflect the new ownership. The North African facade of the Aladdin has been replaced by white paint, a green-textured entrance area and lots of red accents, especially on the Miracle Mile signage. The front of the resort also features a huge flat plasma screen wall, as well as a round plasma screen corner, which broadcasts information and advertisements for the resort 24-hours a day.

Inside, the Middle Eastern motif has been replaced by dark hardwoods and decorated floor-to-ceiling ambient light columns. There are also several huge sphere-shaped crystal chandeliers throughout the resort and shopping mall, which provide both mood lighting and focal points for the larger open areas. 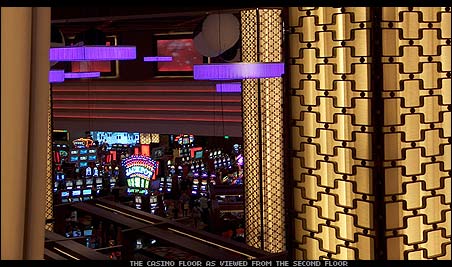 Each renovated hotel room reportedly has a movie theme to it, including a piece of Planet Hollywood memorabilia, such as the jacket John Travolta wore in Pulp Fiction and various movie posters. It should be mentioned that not all rooms have been transformed yet, so if you plan to stay here in the near future, make sure you request one of the renovated rooms or you could end up in one that still bears the Aladdin-theme.

As for dining options, the only hold over from the Aladdin is the award-winning Spice Market Buffet, which has been updated in shades of grey and silver to reflect the new resort’s modern elegance theme (not officially their theme, but there is a definite leaning toward a mixture of high-tech minimalism and classic elegance via things like the chandeliers and the warmth of the dark wood used throughout the PH resort and casino).

Newer restaurant options range from the high-end Strip House steakhouse and the Japanese menu of Hollywood-transplant Koi to more affordable offerings such as the Pan-Asian fusion Trader Vic’s and delicious sandwiches from Earl of Sandwich. There’s also the 24-hour cafe, Planet Dailies, which while it serves good food, seemed a tad too high-priced for me to eat there again.

Those seeking a lounge-type atmosphere can choose from the Heart Bar, in the center of the casino floor, and the Extra Lounge, which is co-sponsored by the TV celebrity news show “Extra!” and also occasionally serves as the setting for the show’s Vegas reports.

I’m looking forward to checking out Planet Hollywood once it completely finishes its changeover and all of its dining and nightlife options are open. In the meantime, if you stay there, just beware there is still some renovations being done.

Have you visited or stayed at Planet Hollywood recently? Let us know what you think of the resort.

In the meantime, enjoy more photos of Planet Hollywood below the fold. 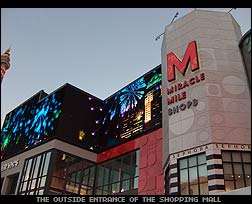 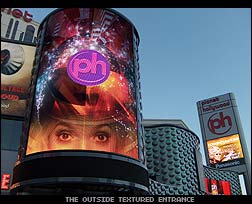 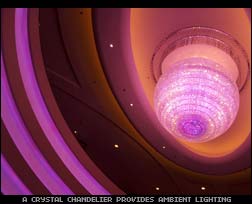 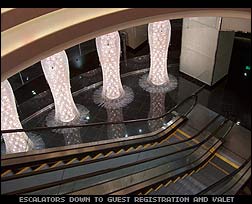