Driving along The Strip recently, it came to my attention how many resort buildings are sporting huge advertising banners.

I’ve already talked about the two 30-story Resident Evil: Extinction banners gracing the outside of Planet Hollywood. But the resort also has a smaller banner advertising the Hans Klok magic show.

Just up the street, the Flamingo is sporting a Toni Braxton banner that runs the entire Strip side of the resort. 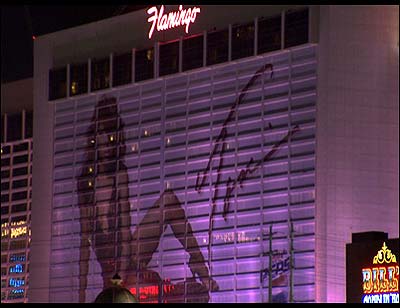 At the southern end of The Strip, the Luxor was advertising Absolut Vodka, with a banner that ran from the top to about halfway down the Strip side of the pyramid. 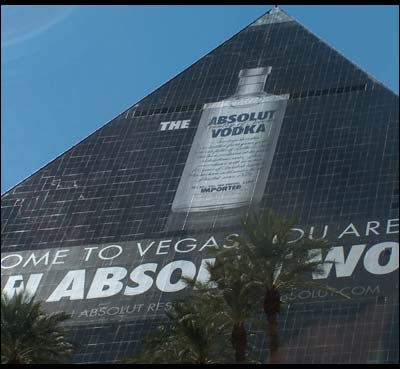 And just off The Strip, The Rio was advertising Jim Beam down the side of one of its towers, in honor of National Bourbon Month. I did enjoy the “not available in pomegranate” tagline, though I thought the banner itself looked rather garish against the color scheme of the resort. 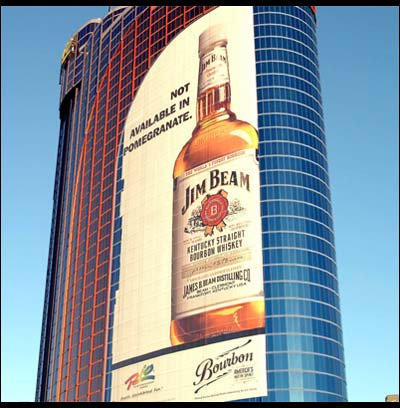 On one hand, I don’t want to see these resorts becoming revolving billboards. But on the other, is it really any worse than seeing huge billboards everywhere you drive?

What do you think? Do these banners hinder your enjoyment of seeing the Strip? Or have they just become another layer to the visual noise that includes the neon signs and digital billboards each resort has?