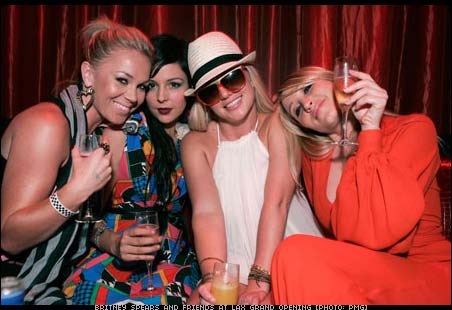 Pop diva Britney Spears had been slated to host the event on Friday (August 31), but given recent bail-outs on high profile interviews, and an incident last month at the Wynn where her bodyguard assaulted a photographer, the biggest question was whether she would even show.

Show she did, but sources tell me it came down to the wire. She was supposed to get in town early to get her hair and makeup done, dine at Pure Management Group’s Social House restaurant at TI, and then walk the red carpet around 11pm on Friday. 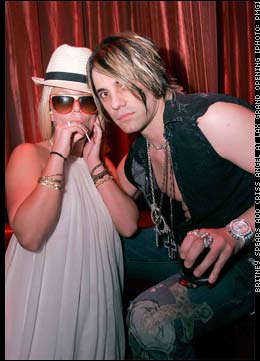 Her actual schedule had her leaving LA on a private jet late Friday night, and landing in Vegas around midnight.

Dressed in a shapeless strappy white mini-dress (and I do mean mini), cream-colored fedora and a platinum blonde long wig, Spears headed straight from the airport to the red carpet photo area. There, she raced through the line of photogs, stopping long enough to pose and wave a few times. She then spent the rest of her time in the club up in her secluded VIP area, with friends, only leaving long enough to welcome people to the club from the DJ booth with “How you guys feeling, let’s have a good night!”

For this, she got a reported $100,000 as an appearance fee. Just for showing up and saying less than ten words.

Magician Criss Angel, who is rumored to be having a fling with Spears, showed up and after hanging together for a while, the two left LAX for the next door hideaway club Noir Bar. This place is so exclusive you can’t get in unless you get invited. Even if the club is completely empty.

But even after those two left, the celeb factor at LAX was still high. Also walking the red carpet at the grand opening were Spamalot star John O’Hurley, actor Shawn Wayans, comedian Carrot Top (who also has a show at the Luxor), Nicky Hilton, boxer and “Dancing With the Stars” dancer Floyd Mayweather, actor Wilmer Valderrama, rocker Dave Navarro (who hosted PMG’s Saturday night event at Tangerine) and MTV reality star Brody Jenner.

Based on the turnout this weekend, LAX looks to be the new King of the Vegas nightlife and in a coming feature, I’ll take you inside for a look at the club. In the meantime, here are a few more photos from the grand opening red carpet. 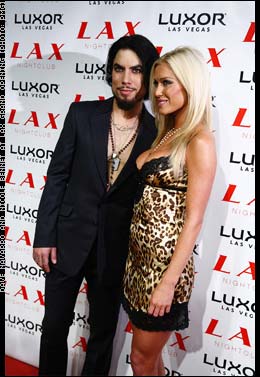 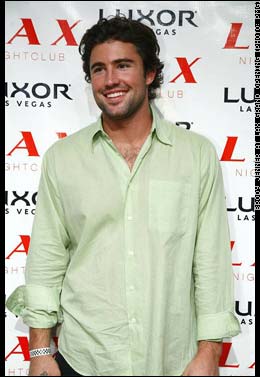