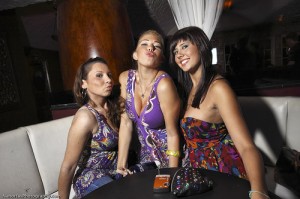 You’re dressed to impress and are ready to get your party on at one of Las Vegas’ hottest nightclubs. If you’re ready to hit the dance floor, the last thing you want to do is stand in line, waiting on the outside while people who knew what to do are already inside. Don’t be left wondering which celebrities are tipping back shots or what DJ is tearing up the dance floor. Just a few things can move you, too, to the front of the line.

The most important thing to remember when going out to the clubs is that there is a dress code. Wear the wrong thing and you will be denied access at the door. Each club has its own requirements, but in general, this means that men should not wear flip-flops or sneakers. Jeans should be tasteful and not too baggy or torn up. No hats are allowed. Women should aim for clothing that is sexy but appropriate. Avoid swimwear and hats. Flip-flops, sandals and sneakers are not allowed.

If you’re dressed appropriately, the best thing you can do to get to the front of the line is to make a reservation and get on the guest list. To get on the guest list, contact the concierge of the hotel property, a VIP host or a nightclub promoter. You can also call the nightclub directly. Do this before 5:00 p.m. to get on the list for the night. Most guest lists close at midnight, so show up to the club before that time to make sure you get in.

Now here’s the kicker: Ladies can get on guest lists with no problem, but men may have to get creative. Though some clubs will let men on the guest list, most will not. Instead, men can avoid the line by ordering bottle service or reserving a VIP table. You may also need to slide the doorman some cash to get in (at least $20 per male in the group). It also helps to know someone at the club who can help get you in. Regardless of how you’re going to get in, if you are a man, you should make your plans in advance by letting the club know you’ll be coming. Make it known that you’ll take care of whoever helps you get in.

Men and women can also get to the front of the line by picking up the VIP cards handed out on the Strip. The people with these cards are usually VIP hosts or club promoters and their job is to get people into the nightclub. Collect those cards; they may actually come in handy.