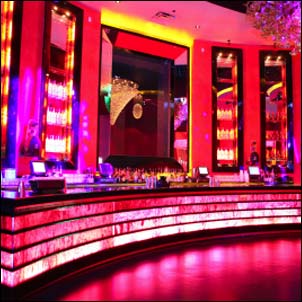 It appears that Prive has earned a short reprieve.

The Planet Hollywood hotspot was shut down in July for many violation and criminal activity allegations. But after several appeals, it seems the club has been granted a temporary 30-day liquor license to operate.

The future of the club beyond that is still up in the air as there is still an ongoing investigation, and I’m sure, more appeals.

Look for Ice-T to host a special night on Monday, August 24.

Poetry Nightclub may have been forced to close, due to its landlord Chinois also closing up shop downstairs, but it appears that the owners have already secured a “newer, bigger and better” location.

According to management, they are in the process of moving and securing all the necessary permits and plan to reopen for business on or before October 1, 2009.

Let’s hope this new place is more urban music friendly to the club.

The topless pool, featuring dancers from Sapphire gentlemen’s club, was closed by Rio’s parent company, Harrah’s Entertainment, following a non-uniformed inspection by city police officers in July that revealed instances of prostitution-related activities. Neither Harrah’s nor Sapphire is commenting on this sudden turn of events.

The remainder of the resort’s pool area is still open for guests.

Red Rock Saloon has also closed its doors. The locals/industry-friendly 24-hr lounge on W. Sahara had its last hurrahs on July 28. No word on if co-owners Mike Taing and Rick Barcode will open up elsewhere in town.