Barry Manilow has announced he will be ending his long-running show at the Las Vegas Hilton at the end of this year.

Ultimate Manilow: The Hits has been the headlining show at the hotel for five years, but the singer has chosen not to renew his contract. Instead, he is opting to take his show on the road…or at least a few blocks over to The Strip. 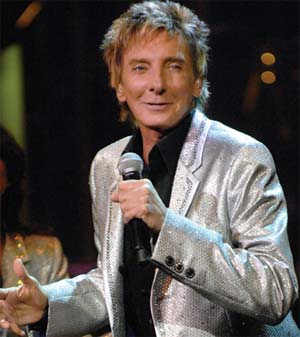 According to Robin Leach, Manilow will be the new headliner at Paris Las Vegas, with his show set to open on February 14, 2010. The singer has reportedly chosen his Strip debut on Valentine’s Day to coincide with the release of his new cd, The Greatest Love Songs of All Time.  This move has yet to be officially declared by either Manilow or Harrah’s, which owns the resort.

Manilow originally debuted at the Las Vegas Hilton in February 2005. During his run at the hotel, he has performed over 300 shows, with gross ticket sales of more than $70 million.

“Barry Manilow is an exceptional entertainer and we have been extremely fortunate to have had him as our resident headliner at the Las Vegas Hilton for the last five years,” said Ken Ciancimino, Executive Vice President Administration of the Las Vegas Hilton in a press release. “Although this current engagement is ending, our friendship with him endures and we will continue to explore possibilities for future endeavors together.”

Regardless of where he may end up next, there are only six more dates left to see Manilow at the Las Vegas Hilton:

These shows will probably be holiday themed, including not only his regular catalog of hits, but songs from his recently released holiday CD, In the Swing of Christmas.