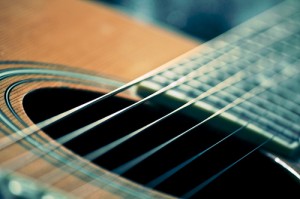 A miraculous melding of human talent surfaced when John Lennon, Paul McCartney, Ringo Starr and George Harrison combined to form the Beatles in the early 1960s. The original Beatles performed in Las Vegas only one time with two sold out performances at the Las Vegas Convention Center in 1964. This musical group and its individual members became an indelible part of a long lasting cultural and musical evolution in our nation’s history. Of course, besides that, they simply produced great rock-and-roll music and an entire culture of fans and admirers.

Beatlemania lives on in Vegas through the efforts and amazing talents of the musicians and crew that form the BeatlesShow! tribute, which shows in the Miracle Mile at Planet Hollywood. An Ed Sullivan impersonator opens the show with a brief dialogue and quickly introduces the group as “The Beatles!” Immediately, the musicians hit their opening notes and the show is on. On our most recent visit to this show, the opening tune was “I Wanna Hold Your Hand” and the venue came alive with appreciative anticipation of the next tune. The musicians use the same brand/s of instruments and amps as the originals and there are no additive electronic inputs supplementing the performance such as tapes, sequences or backing tracks.

The group and crew meander around the audience through their own version of a “Magical Mystery Tour” involving spot-on vocals, musical notes and individual character mannerisms that masterfully mimic the originals. Several costume changes occur during the somewhat chronological trek through the Beatle’s musical history, which includes songs popularized by George Harrison (“Here Comes the Sun” and “My Guitar Gently Weeps”) and John Lennon (“Imagine”) after the original group disbanded. The show includes supportive and attractive female dancers on several of the up-tempo tunes and the Ed Sullivan impersonator (Paul Terry) provides humorous supportive character roles throughout the gig.

Audience involvement and participation is encouraged and easily accomplished because the band simply energizes the entire venue with their performance. This involvement is particularly evident when they select an audience member to join the band onstage and keep time (or not) with a tambourine on the tune “Got to Get You into My Life.” The audience is encouraged to sing and dance along during the course of this great show.

The lead guitar player and George Harrison impersonator (Glen McCallum) is simply masterful in his performance and seems to hit all those additive lick nuances that Harrison did on the original recordings. Tony Fellicita (as Ringo) does that classic Ringo head-bob thing and wears the iconic goofy grin that the original drummer was noted for. Steve Craig as John Lennon is masterful (particularly when performing “Imagine”) and has a seemingly perfected talent at connecting with the audience in the Lennon role. Tony Kishman (as Paul McCartney) is a multi-talented musician that offers an inspiring solo rendition of “Yesterday.” This collection of talent has been named the best Beatles tribute group on the planet several times by different sources and after having seen this performance six times, I have to concur.

Vegas visitors who are Beatles fans or have an appreciation for great live music should add this to their “must-see” list for future trips to Las Vegas. Additionally, this show is inarguably among the best bargain shows in Vegas and is indeed a party. Don’t miss this one!

This resident, ongoing show is presented six evenings per week at 5:30 p.m. (dark Thursdays) at the recently renovated V Theater located within the Miracle Mile Shops at Planet Hollywood.