As I expected, the first series of shows for Garth Brooks’ new residency gig at the Encore at the Wynn Las Vegas sold out in a matter of hours. According to many on various Vegas message boards, it was difficult to even get through, much less getting tickets, leading many to believe scalpers had scored the best of the tickets. 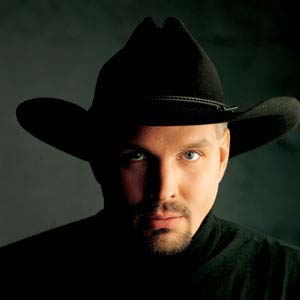 This seemed to be confirmed when ticket resellers and eBay auctions immediately started showing Brooks tickets for sale. For those wondering, yes, scalping is legal in Nevada. But it does violate the ticket policy set forth by the Wynn regarding tickets not being sold for more than face value.

However, it seems as though Wynn’s efforts to combat scalping may be irritating many of Brook’s fans who bought tickets legitimately. Anyone who bought tickets to the initial shows were then contacted  by members of the resort’s staff and told they had three days to provide names of every guest using one of the tickets bought or that ticket purchase would be canceled.

The idea, I guess, was that scalpers wouldn’t be able to do so. However, many guests may not be able to either – or may not want to. What if the tickets are a gift? What if they don’t know if their friends can go yet? You get the idea.

But even after supplying the names of all guests, ticket holders will still face intense scrutiny the night of the show, as every member of the party must be present and together. They must then present a valid photo ID that matches the name given before tickets will be tendered at the box office. They will then be asked to present the photo ID for a second time by the ticket takers before being allowed entry to the Encore Theater for the performance.

I can see this presenting several headaches all around. First, what if a last minute medical emergency results in somebody not being able to go? Nobody else will be able to use the tickets, even if they’re given away. At $143 a seat, that can get expensive.

Second, with the double inspection of everyone’s IDs the night of the show, there will be extremely long lines of frustrated guests waiting to get into the venue to be seated. No matter how many drills the staff does, the first few shows have the potential to produce lots of angry ticket holders.

I’m curious to hear what you readers think of these anti-scalping measures instituted by the Wynn. Good idea with the potential for error or just a bad idea all together? Are you a ticket holder who has actually been contacted regarding your purchase? Let us know your thoughts in the comments.

At any rate, those of you hoping to wander into town and score last minute tickets are probably out of luck unless your host rates you as a whale. As for future shows, no dates for Spring 2010 have been announced yet.

On a lighter related note, the frog puppet that resides in the Lake of Dreams at Wynn Las Vegas now wears a black cowboy hat and sings Brooks’ big hit “Friends in Low Places.”  Unlike Brooks who has friends in high places.