Last summer, the Vegas entertainment world was all abuzz about Lance Burton and his contract with his long-running home, the Monte Carlo resort. 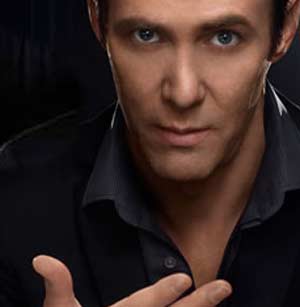 Burton had injured himself on May 7, 2009, during a show, and he took some time off to heal. But when his contract expired during his absence and he still hadn’t resigned, questions started flying about would he or wouldn’t he. Finally, the end of June brought about a new contract between the two that would extend his contract through 2015.

All was well…or so it seemed.

This weekend, it seems the pendulum has swung the other way, as Burton announced on Monday (April 5) he would be ending his show this fall.

The magician’s last show at the Monte Carlo will be September 4, 2010, five months from now.

In the official announcement regarding Burton’s departure, Monte Carlo President & COO Anton Nikodemus would only say, “We are proud to have called Lance a member of the MGM Mirage family and wish him nothing but the best as he pursues a new chapter in his legendary career.”

In the same press release, Burton commented, “Performing at Monte Carlo and introducing more than five million people to the world of magic has been a fantastic experience for me. I have loved every minute of this historic run and look forward to turning my attention to new opportunities.”

However, as to why he is ending his contract well shy of the six year extension he signed last year, Burton reportedly commented to The Associated Press:

“People get married and get divorced every day, and a lot of times when people get divorced, they’ll say it’s ‘irreconcilable differences’. That’s kind of what we have here. I think we’ve just grown apart, we have different philosophies, and we’re going in different directions.”

Burton, 50, first started in Las Vegas 28 years ago at the Tropicana, but has been performing at the Monte Carlo since it opened in June 1996.

In an email sent to, and posted by, Las Vegas Sun blogger Robin Leach, Burton wrote, “The Monte Carlo will always have a special place in my heart. Thank you to the Monte Carlo! The MC is a fantastic property and is as gorgeous today as the day we opened it,” adding, “So I leave the Monte Carlo with no regrets. Not one. It was a wonderful chapter in my life, and now it is on to the next chapter, whatever that brings.”

No word what exactly that new chapter will be or whether it will involve a return to another location on the Vegas Strip.

Anthony Curtis of the Las Vegas Advisor said in his daily blog, a source told him, “…this is not necessarily the end of Burton’s Las Vegas career and that it’s possible he will move to another Strip property (one in particular was cited, but we cannot disclose its identity at this time).”

It seems Burton has a lot to mull over the next few months, but if you want to see him before he leaves the Monte Carlo, you only have five months left.

Performances at the resort are Tuesday through Saturday at 7pm. Tickets for his show range from $50 to $75 and are available via phone at 877-386-8224 or at the Monte Carlo box office.