The Producers to Close at Paris Las Vegas

Two years ago, many were calling Las Vegas Broadway West, due to the number of Broadway show transplants setting up on the Strip. Many however, closed within months of opening. “Hairspray” only lasted four months at the Luxor, and “Avenue Q” closed at the Wynn after only nine months. 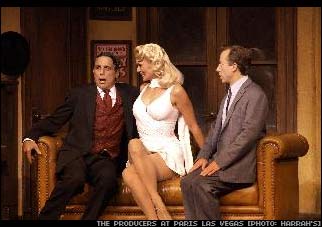 Now another show is about to be added to the list when “The Producers” ends its Vegas run on February 9.

The show opened a year ago, featuring David Hasselhoff as cross-dressing director Roger Debris. It was while doing the show that Hasselhoff’s now controversial drinking video was shot by his daughter in his hotel room. The actor left the show in May, both to concentrate on his role as judge on “America’s Got Talent” and to attend rehab.

Since then, the show has not found a steady audience, even despite the recent addition of Broadway vet Tony Danza in August. Late Wednesday (November 21), the announcement came that the show would be ending its run on its first anniversary.

Danza, who plays theatrical producer Max Bialystock in the show, was due to leave in January, but with news of the show’s finale in February, the actor has extended his contract to finish out the run of the show. Ironically, Danza also closed out “The Producers” Tony Award-winning run on Broadway on April 19 of this year.

If you’d like to see show before it ends, the resort has partnered with Ticketmaster to offer $60 seats to most shows between now and December 15, 2007. Simply visit the special online page at Ticketmaster.com, and don’t forget to use the code “TMDeals” when purchasing.