Legendary Vegas entertainer Danny Gans passed away early this morning (May 01, 2009) at his home. At press time, the exact cause of death was unknown. 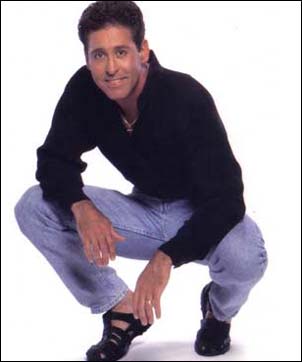 When contacted for information, Gans’ longtime manager, business partner and friend, Chip Lightman, said though Gans had been more tired than normal on Thursday, there didn’t seem to be anything out of the ordinary with him.

Pending an autopsy, Gans appears to have passed away in his sleep.

Gans grew up in Torrance, California and eventually became a minor baseball league player. During his time on the road, in between games, he honed his singing and impressionist skills, eventually ending up doing a one-man show on Broadway in 1995.

Soon after, he decided to head west to be closer to family, and started out his long Vegas career as a headliner at the Stratosphere. He then did a stint at the Rio before Steve Wynn brought him in as a performer at The Mirage on The Strip, where he remained a sold-out headliner for eight years.

During his tenure in Las Vegas, he was named Entertainer of the Year for twelve years in a row by the readers of the Review-Journal. He won several other awards along the way. for his show, which featured Gans combining celebrity impressions with singing, acting and comedy bits.

In February 2009, he reteamed with Steve Wynn to headline at the new Encore Resort at the Wynn Las Vegas.

When contacted for a statement about the sudden passing of his longtime friend and employee, Wynn commented: “Elaine and I and all of us in the Company are devastated at the loss of our brilliant, talented and loving friend. One of the most unique human beings and entertainers in the world has been taken from us in an unexpected moment. A profoundly tragic event that leaves us all sad and speechless. The loss of Danny to his wife Julie, his children Amy, Andrew and Emily is at this moment impossible to comprehend. We will all try to go on with our lives without our dear friend. At this moment it seems almost impossible.”

Our deepest condolences go out to his wife, children and friends.

Those currently holding tickets for future performances at the Encore can return them to the resort’s box office, if purchased there, for a full refund. Otherwise contact the place of purchase for further instructions.

I found this tribute video on YouTube that showcases why Gans was such a beloved entertainer. Enjoy…