Next to gambling, taking in a show is a great way to enjoy Vegas. Here’s the latest news on all of the productions Sin City has to offer:

Hang on to your overalls…the newest show to be setting up shop at the Luxor is the 3 Redneck Tenors. 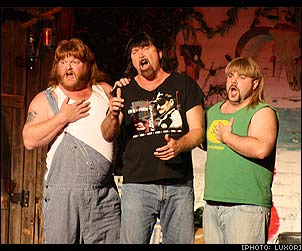 What the heck is that, you ask? It’s a blend of music and comedy skits that tells the story of three singing redneck cousins from Paris, Texas who set out to set the music world on fire by singing at New York’s famed Carnegie Hall. Musical choices range from country to Elvis to Puccini, and while the singers start out in typical redneck garb, they eventually get to gussy up in some tuxedos for their Carnegie debut.

The show has been a popular touring show for the last three years and the act reached its pinnacle last year when they made the final twenty on season’s “America’s Got Talent” reality TV competition.

While they were knocked out of the contest early, I thought they were very entertaining. But for a whole show priced at typical Vegas show prices? It seems the Luxor is willing to give it a try, with a limited upcoming engagement in the Atrium Showroom from February 6-12.

It’s certainly an interesting gamble for the resort, which has been in the process of removing the Egyptian-theming of the resort in favor of a more upscale modern look.

Have you ever wanted to be a part of MGM Grand’s Crazy Horse Paris cabaret show? Now’s your chance. For the first time, the company is holding US auditions to join the troupe here in Vegas. 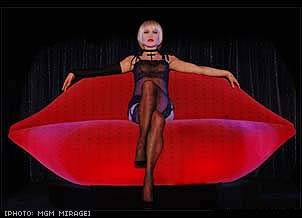 Organizers say the audition process will last four days, at which time, 12 finalists will be selected to perform a freestyle piece as well as a choreographed piece for the judges on stage. They say to even have a chance to make the finals, the dancer must have formal dance training, a certain body type and a “natural sophistication.” Oh yeah, and the ability to perform topless in front of hundreds every night.

More specifically, they say prospective dancers should be between 5’4″ and 5’8″, between 21 and 30 years old, have a “natural physical beauty and and uplifting personality,” and have formal dance training. They must also have a valid ID and either a passport or the ability to obtain one, since if chosen, they will be flown to Paris, France, for two months of formal training.

Still interested? The open casting call takes place on Monday, March 3, between 10am and 4pm, at Dick Foster Productions on 6260 Stevenson Way here in Las Vegas. For more information about the auditions, email crazyhorseparis@lv.mgmgrand.com or call 702.334.4518.

And if you’re just interested in seeing this quality cabaret show, MGM Grand’s Crazy Horse Paris performs nightly at 8 p.m. and 10:30 p.m., except Tuesdays, when the show is dark. Ticket prices begin at $49 and all guests must be at least 18 years of age to attend the show. Purchase tickets at the MGM Grand box office or by calling 877.880.0880.

Fans of Monty Python’s Spamalot should be thrilled to know that John O’Hurley returns to headline the show at the Wynn starting Monday, January 28th. 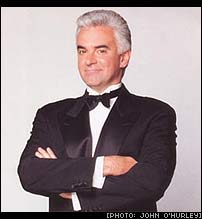 O’Hurley took some personal time from the show the last three months to work on other projects, as well as spend time with his family. In his place, actor Randal Keith took on the role of King Arthur, but ticket sales faltered slightly without the well known O’Hurley headlining. His return should help fill those empty seats.

No word on how long the always dapper O’Hurley will stay this time, though he is reportedly under contract until August 2008.