Next to gambling, taking in a show is a great way to enjoy Vegas. Here’s the latest news on some of the productions Sin City has to offer: 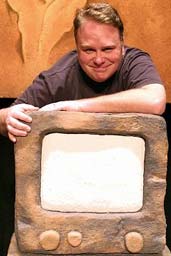 The popular show Defending the Caveman will soon be finding itself in a new home. Starting December 15 through January 11, 2009, comedian Kevin Burke will be moving his one-man show from the Golden Nugget downtown to the Excalibur on the Strip.

Defending the Caveman performances are 7pm. nightly inside the Thunder from Down Under Showroom with additional matinee performances on Saturday and Sunday at 3pm.

Rumors are after the limited run, Defending the Caveman may remain at the Excalibur as a 3pm matinee show. 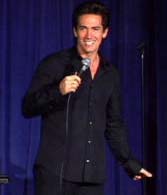 Meanwhile, as reported earlier this year, Gordie Brown will be moving downtown to the Golden Nugget to replace Defending the Caveman. The showroom will be redone and renamed after the performer, and performances are set to begin on February 5, 2009.

After a non-stop run from Feb 5 through 19, Brown will settle into a five-nights a week schedule, with the show dark on Sundays and Mondays. All performances will be at 7:30pm.

Brown previously wowed audiences for years at The Venetian with his mixture of comedy, music and impressions, and is currently opening for Celine Dion on her world tour.

Viva Las Vegas has closed its run at the Plaza downtown. No word on if or when it will resurface again elsewhere.