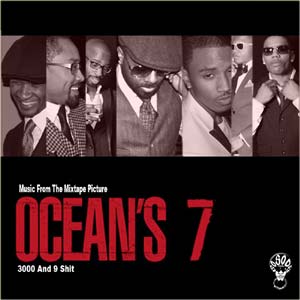 R&B hit producer Jermaine Dupri has been seen often around Las Vegas lately, and according to local gossip pundit Norm Clarke, has been fanning rumors he is attempting to secure some kind of artist-in-residency gig, similar to Santana’s contract with the Joint at the Hard Rock Hotel.

He and musicians such as Usher, Nelly and Trey Songz, have been playing impromptu gigs around the local club scene under the moniker “Ocean’s 7” – a play on the original Rat Pack movie “Ocean’s 11” – with everyone dressed in suits. It seems the whole idea is to do an urban version of the original Rat Pack-era of shows on the Strip.

Dupri has posted a free download of an Ocean’s 7 recording at his blog, if you want to check out what club goers have been experiencing live.

What do you think? Would you pay to see these artists perform regularly in Vegas?

In the shadow of the closing of Folies Bergere at the Tropicana, the Soprano’s Last Supper has seized the opportunity to move back to the Strip.

Leaving its current home at the Greek Isles, the show will move into The Cellar, a new venue next to the Player’s Deli at the Tropicana.

Showtimes will be Thursday through Saturday at 7pm, with tickets priced at $55. Purchase them via the Tropicana’s Tiffany Theater box office.

Also taking up residency at The Cellar will be Hypnosis Unleashed starring Terry Stokes and Michael Johns. Showtimes will also be Thursdays through Saturdays, but at 9:30pm, following the Soprano’s. Tickets are $40 at the Tropicana box office.