Hooters is trying to offer up a little eyecandy for the ladies in the form of the male revue, “Men of X.” That show will start on March 13, less than a week after comedian Bobby Slayton departs. 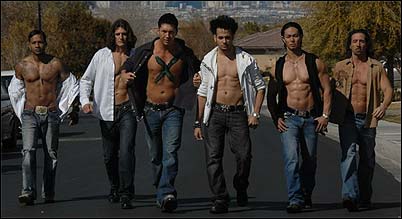 Created by Matt and Angela Stabile, who also created “X Burlesque” at The Flamingo, the show is choreographed and hosted by Jay Boogie. It’s expected to run about 75 minutes with ticket prices to be announced shortly.

Though I expect strong competition from the nearby “Thunder From Down Under” at Excalibur, as well as other male revues around town, there’s always room in Sin City for another revue skewed towards the female demographic.

Comedienne Rita Rudner has extended her contract with Harrah’s until January 2012. 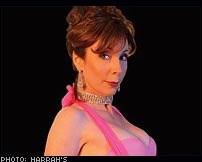 After several years down-Strip at New York-New York, Rudner moved her show to Harrah’s in October 2006, where she continues to pack in the crowds.

Her new contract also reportedly allows Rudner and her producer husband the flexibility to pursue projects outside of her stage show.

In addition to her stand-up, she has had success as a best-selling author and an actress. She says she and her husband are currently fielding offers for a movie set in Las Vegas that the couple hope to do later this year, as well as offers to take a play they wrote last year on the road.

Congratulations to Rudner on her extension. If you want to see why she’s one of the most popular shows on the Strip, tickets to her show are $54 to $90 (plus taxes and fees), and can be purchased at the Harrah’s box office or by calling 702.369.5222.