Who says shows can’t last on the Strip? Here are two proving that wrong: 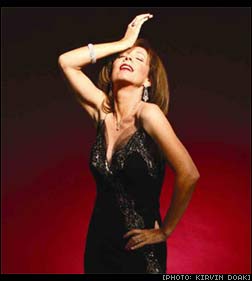 Rudner, who currently headlines at Harrah’s, commemorated the occasion by filming the special show for a PBS TV special that will air nationwide in June 2008. Then the show will be put on DVD and packaged with her upcoming book of comedy essays, “I Still Have It…I Just Can’t Remember Where I Put It: Confessions of a Fiftysomething,” for the network’s annual fundraising telethon. The book itself is available via Amazon or your local book retailer starting May 18th, 2008.

As if all that weren’t cause to celebrate, Rudner has also just re-upped her contract to stay at Harrah’s through 2010, making her one of the longest-running headliners on the Strip.

You can see Rita Rudner live four to five nights a week at Harrah’s through the end of April before she takes an eight-week break to rest and do a possible book promotional tour. She returns to Harrah’s in July 2008 for another five months of shows after that. 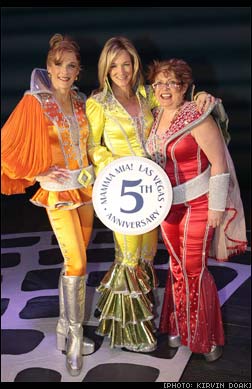 Broadway-style musicals don’t have a great history of longevity on the Strip, but don’t tell that to Mamma Mia! cast. The show just celebrated its fifth anniversary at Mandalay Bay on February 13th.

With more than 1900 performances to date, Mamma Mia! continues to entertain visitors to Vegas with its tale of love, laughter and friendship, all set to the beat of ABBA’s timeless songs.

And they’re set to continue doing so as they have also received an extension on their contract, taking them through January 4, 2009. The show was originally set to close in August of this year.

Congratulations to the cast and crew of this great show!