Singer, comedian, impressionist and actor, Danny Gans has been named Las Vegas’ “Entertainer of the Year” for 11 straight years in a row. He has also been selling out his shows for the last eight years while performing at the Mirage in a theater built for him by Steve Wynn. 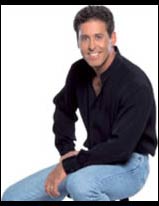 Starting in February 2009, Gans will reunite with Wynn when he moves his long-running show to the new Encore Theater at the Wynn Las Vegas.

In a press release issued by Mr. Wynn, he states, “Danny Gans’ continuing role as the star of the Encore Theater underscores the individual identity of our new resort and underscores our continuing, unqualified commitment to excellence in service and entertainment. I built the Danny Gans Theater at the Mirage in 2000 as a result of being convinced that he would bring to our family a standard of performing artistry unequalled by any other single star in Las Vegas. The result has been obvious, and he has occupied that singular position ever since. On a very personal as well as professional level, I am absolutely delighted to welcome him back into our newer family across the street. We are going to have a great time together — just like the audience.”

No word on when exactly in February Gans will start or what ticket prices will be.

Spamalot to Close at Wynn

Buried in all the news about Danny Gans upcoming move to the Wynn property has been the sad news that the resort’s current headliner, Spamalot, will take its final bow on July 13, 2008.

Even though the show is celebrating its first year on the Strip, cast members were given the stunning news before going onstage for a show last week. Considering that even during slow times, Spamalot still filled an average of 80 percent of the seats in the 1,500-seat theater, the closing of the show seems puzzling.

In a prepared press release from the Wynn Resort, regarding the closing, they state: “Closing in Las Vegas will allow Monty Python’s ‘Spamalot’ to pursue opportunities elsewhere which had been precluded by the show’s agreement with Wynn Las Vegas.” They then went on to say, “Wynn Las Vegas would like to extend its utmost appreciation to the cast and crew who bring laughs to our audiences each and every night, and a special thanks to our eminently lovable star John O’Hurley.”

That leaves less than three months to see the show before it closes for good in Vegas. For the record books, Spamalot has lasted longer than the Wynn’s previous Broadway transplant, Avenue Q, which only lasted nine months. But for those who enjoyed O’Hurley and the rest of the cast, their presence on the Strip will be missed.

The theater will be refurbished and renamed the Encore Theater. Current Mirage impressionist Danny Gans will then take over the theater, as reported above.

In the meantime, if you want to see Spamalot, showtimes are at 8pm Sundays through Wednesdays and Fridays, as well as 7pm and 10pm on Saturdays. It is dark on Thursdays. Tickets are $69, $89, $109 and $179 (VIPP – includes cast meet-and-greet plus souvenir Grail cup), and are available at the Wynn Las Vegas box office or by calling 888.320.7110.