This fall, the resort will debut The Real Deal!, a new interactive poker-themed stage show starring a cast of actual pro poker players.

The live show will offer said pros playing on-stage while the audience members have the chance to play along from their seat. Merchandise and cash prizes up to $1 million will be up for grabs each show.

During the show, two members of the pro team will compete live with six amateur players from the audience in a tournament-style game of Texas Hold’em. The rest of the audience will play along on wireless touchscreen PCs to accumulate points via wagers and side bets.

A final round of the game will feature the chip-leading pro, the final surviving audience amateur and the audience point leader competing onstage for a three-handed finale.

“Poker fans have been able to view and enjoy professional poker action for years on television,” said Doyle Brunson, The Real Deal!‘s lead poker professional, in a press release on the new show. “This is different. Everyone in the audience can be in the game and compete with the pros and other guests. It is a one-of-a-kind-poker experience.”

The Real Deal! will be live six days a week at the Venetian Showroom, with a 7pm show added on Tuesdays and Wednesdays.

Details on ticket prices have yet to be announced, but I’m told a VIP option will include a meet-and-greet after the show with the poker pros. However, due to the fact there is gambling going on, all ticket holders must be 21 or older.

I know there are a lot of armchair poker players out there, but I’m not sure there will be enough interest in the show to sustain it in Vegas’ tough show market. What do you think? Is this a show you’d pay to see and play in? 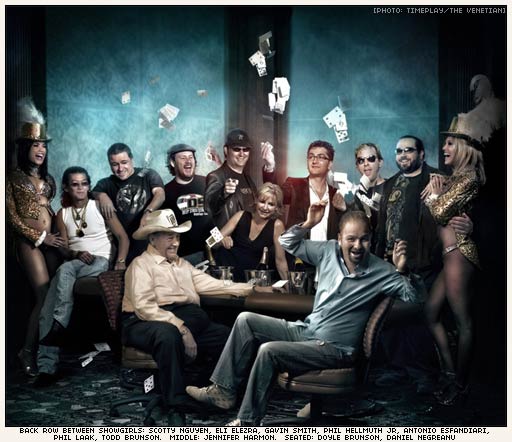