When one thinks of legendary Las Vegas headliners, Wayne Newton is certainly at the top of the list.

“Mr. Las Vegas” as he is sometimes called, has been performing in town for fifty years, and last week announced that he has signed with the Tropicana for an all-new, limited engagement production. 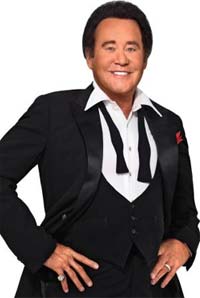 Once Before I Go will be the title of this new show which will utilize a full orchestra, along with photos and video, to tell of Newton’s history with the city and the other legends that helped make it what it is today.

From his days of playing the Strip with Elvis and the Rat Pack to the present day, Once Before I Go will use Newton’s song catalog to tell of the entertainer’s long career in Las Vegas. He will perform in the resort’s Tiffany Theatre, which is being specially modified for his show.

“Being the new kid on the block back in 1959, it is both exciting and artistically challenging that in 2009 I am able to do the kind of show I’ve always wanted to do here in my home town that I love,” said Newton, at a press conference announcing the show. “It is the icing on the cake to bring this show to the Tropicana at the request of my dear friend, Alex Yemenidjian.”

Once Before I Go will be performed Tuesday through Saturday at 8:30 pm, starting October 14, 2009.