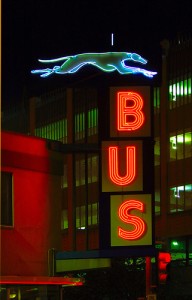 Most people either drive or fly into Las Vegas then make their way around the city by car or taxi. However, those who want to travel more economically have the option of taking advantage of bus travel to Las Vegas. For the most part, when you take the bus, expect your travel time to be longer than if you were to fly or drive in on your own.

There are several companies that offer bus tours to sites near Las Vegas such as the Grand Canyon, but if your goal is simply to get from another city to Sin City, there are really only a few options.

LuxBus America offers two departures a day (one from Los Angeles and one from Anaheim) to Las Vegas. These luxury buses have an on-board attendant, and passengers receive complimentary snacks, beverages, movies, pillows and blankets. It is a straight shot between the two cities, and total travel time is four-and-a-half hours.

Tufesa is a Mexican bus line that runs services from several locations in Arizona and Nevada to Las Vegas. Phoenix is the most accessible location from which to utilize this bus line. Most routes between cities occur twice daily. Riders will be able to choose their seats when they book their tickets.

Greyhound is the most popular bus line that runs into Las Vegas, though it’s not always a direct route from point A to point B. The company is known for its consistent, reliable service, offering several departures from other cities in the Southwest on a daily basis. The Las Vegas Greyhound station is located at 200 South Main Street. It is open 24 hours a day.