Getting from San Diego to Las Vegas 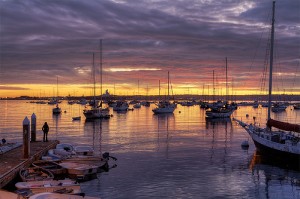 Though Los Angeles is closer to Las Vegas than San Diego is, it takes about the same amount of time to get from either city to Las Vegas, thanks to the convenience of interstate highways. In addition to driving, visitors from San Diego are also welcome to fly or take the bus.

Driving distance between the two cities is 332 miles / 534 kilometers.

Very few airlines run non-stop flights between San Diego and Las Vegas. America West and ATA Airlines both have a few non-stop flights each day, but your best (and cheapest) option is to book a flight that stops in Los Angeles or Phoenix. United Airlines, Delta, American Airlines, Alaska Airlines, Continental Airlines and US Airways all offer several flights with layovers every day. If you are open to a quick layover, you can find prices for as low as $110.00 for a round-trip ticket. Always check for promotions for cheap flights to Las Vegas before booking you ticket.

Layovers are rarely more than an hour, so total time getting from San Diego to Las Vegas is about three-and-a-half hours. Total travel time is approximately five hours.

It only takes about five hours to get from San Diego to Las Vegas because the quickest route is entirely on interstate highways. With I-15 and I-215, you’ll be able to make your way from one city to the next in no time (as long as there are no hold ups with traffic). The route brushes the outskirts of Los Angeles, but for the most part, it’s a direct shot between the two cities requiring minimal contact with other cities along the way.

If you prefer a more scenic route, consider getting off of I-15 near Barstow and follow I-40 to the southern entrance of Mojave National Preserve. From there, follow roads through the preserve until you connect again with I-15. This route adds about 40 more miles and takes about six hours to drive.