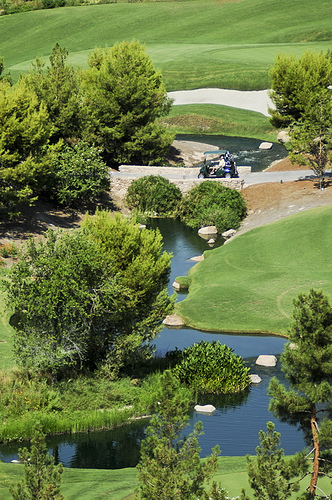 When August arrives in Las Vegas, summer by definition may be winding down, but the city still continues to pump out brutally hot temperatures. Despite the heat, many people make Las Vegas their vacation destination during the summer, and people still pack into the city to enjoy the weeks before school begins again. Because so many people flock to the city year round, it can be difficult to find Las Vegas deals, but it’s never a bad idea to check on the promotions and specials offered at your hotel and for shows, attractions and entertainment.

Before you make plans to visit Sin City in Las Vegas, it’s important to emphasize the extreme weather the city receives. July really is the peak of the hot season, with daily temperatures consistently more than 110F and intense sun, but August is only slightly cooler. In August, the average high temperature generally hovers around 104F while the daily low average is approximately 75F. Most people choose to hunker down by the pool or hit up the city’s pool clubs with a frosty beverage and sunscreen, but if you want to venture out for a game of golf or a run in the desert, plan to do so in the morning when it’s most comfortable. While trips to the Grand Canyon and Death Valley are fun, the extreme temperatures can potentially put a damper on the day.

If you choose to stick around town, though, and you’d like to do more than just dip your toes in the pool, there are are a few annual events worth checking out.

Las Vegas is home to one of the largest Star Trek conventions, which is held annually every early August. Thousands of Star Trek fans arrive in the city to take part in vendor events, seminars, costume gatherings, evening mixers and fundraisers, all in the name of Star Trek.

The city’s Harvest Festival is held annually in either August or September. It is a gathering of hundreds of artisans from around the United States who converge in the city to sell customized glassware, jewelry, ceramics, home decor, specialty foods and photography, usually off the Strip at the Cashman Center.

On Friday and Saturday nights throughout the summer, there are concerts at The Village on Lake Las Vegas and poolside at many of the resorts. Also, on the first Friday of every month, check out Las Vegas’ local art scene at First Friday, an art and entertainment block party in the Las Vegas Arts District. On the third Thursday of every month, you’re invited to the Thirsty Third Thursday Pub Crawl, which kicks off from Hennessey’s Tavern at 425 Fremont Street. It’s always a good idea to check the Las Vegas Parks and Recreation guide as well, which provides information on movies in the parks and neighborhood events taking place around the city.