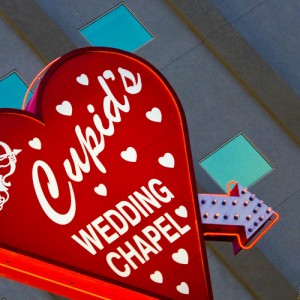 The excitement of the new year’s celebrations has died down and the long—and sometimes chilly—month of January has petered out. Time to move on with the year!

Though the early months of any year are a bit slow in Las Vegas, there is an upswing of visitors over Valentine’s Day when people escape to the city for a romantic getaway. And why not? Sin City might not be Italy or France, but it comes pretty darn close with the canals at The Venetian and the quaint cobblestone walkways that wind through Paris. There are plenty of romantic hotels to stay in and lots of shows (both risque and romantic) for couples to enjoy. And, of course, it is popular for people to get married in Las Vegas, though you’ll want to make arrangements early in advance if you want to tie the knot on Valentine’s Day.

If you happen to be in Las Vegas during the Chinese New Year, take advantage of any or all of the events that might be going on around town. There is a Chinatown in Las Vegas, located on Spring Mountain Road, west of the Strip, and this is where you’ll find many of the festivities, including folk dancing, traditional food, arts and crafts, acrobatics, martial arts and calligraphy.

February is also Black History Month, and Las Vegas celebrates with a host of events all month long. Though activities change from year to year, common festivities include concerts, speakers, film series and gallery exhibitions. Check local listings if you’ll be in town for details on when and where to find these events.

Las Vegas is also the home of the World Archery Festival, which is an annual event. This indoor archery competition has a huge cash prize attached to it (though not as big as the one for the World Series of Poker). For those who aren’t archers themselves, there is a trade show that is open and free to the public that you might enjoy wandering through.

A number of conventions also make their way into the city throughout February, though there aren’t any major consumer shows like there are at other times of the year.

The coldest days of winter are over in February, but that doesn’t mean Las Vegas is swept up in a heat wave quite yet. During the day, high temperatures reach the mid-60s, and overnight lows hover around 40F. Expect to see about half an inch of rain fall during the month. Generally, though, dress comfortably during the day (you may even want sunscreen), and bring something a bit warmer for the evening hours.