Las Vegas in May 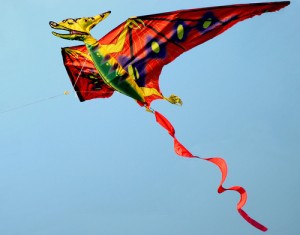 Spring is quickly coming to an end, and summer is just around the corner. The lingering chill is beginning to wane, and warmer weather is ready to make an appearance. The month of May is particularly popular in Las Vegas, in part because of the fantastic weather, but also because this month (probably) marks the end of a long school year for students and many people are gearing up for their summer vacations.

With Spring Break over, the city isn’t packed with visitors at the start of the month. However, as the month winds down, more people head into Sin City, especially over the three major holidays during May: Cinco de Mayo, Mother’s Day and Memorial Day.

Las Vegas loves to party, and there’s no excuse not to on Cinco de Mayo. There are several Mexican restaurants and bars throughout the city, and festivities for the holiday run from morning until late night. Off the Strip, there are often fairs and festivals in the local parks, complete with parades and food booths. Book early if you’d like to spend the holiday in Las Vegas as rooms fill up fast.

Around the same time of the month is Mother’s Day. Though not an over-the-top celebratory event, you’ll find several restaurants offering brunch specials for the day and the occasional attraction or show with some sort of discount just for moms.

Finally, kick off the summer season with Memorial Day. People throughout the country will enjoy the three-day weekend with barbecues and time by the pool, but if you’re seriously interested in spending this opening weekend to summer in Las Vegas, make reservations far in advance as it is one of the busiest weekends in the city. All the pool clubs are open by then and lots of celebs come into town for nightclub bashes. Memorial Day is more than just the start of summer in Las Vegas: It is a three-day party.

In addition to those three holidays, there are a few other events that take place in Las Vegas in May. There is a huge Supercross competition at Sam Boyd Stadium, usually within the first couple weeks of the month, and tickets are on sale for the public. The San Gennaro Feast is a huge Italian-themed festival with a ridiculous amount of food, rides and entertainment. If you’re into things that go “vroom,” head out to the Cars, Stars & Guitars Festival, which has a huge display of hot rods, motorcycles, classic cars, racecars, boats and more.

If you’re looking for something a little more local, check the listings for the local parks and recreation programs, as it’s during this time of the year that free movies and music in the park begin. And, just like every month in Las Vegas, you’ll find a few local favorites. On the first Friday of every month, locals head downtown for the First Friday Arts Festival. On the second Saturday of each month, you’ll find the food carts of Las Vegas congregated in an easily accessible parking lot for easy sampling.