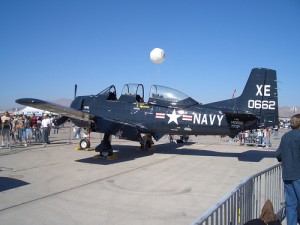 As soon as Halloween is over, Las Vegas moves right to the next big event: The holiday season.

The weeks leading up to Thanksgiving and then Christmas are among the slowest in Las Vegas, and it’s possible to find discounts on shows and, of course, deals at some of the hottest retails stores, which lure people in during the final shopping hours. But starting in November, there’s also a joyful and happy feeling that settles on Sin City. The Fountains of Bellagio begin to introduce some holiday tunes into the nightly water shows, holiday-themed decorations can be found in the Bellagio Conservatory and near the waterfall in the Palazzo and the daily runway shows at the Fashion Show Mall feature the big man himself. Also, keep your eyes open for special celebrity guest appearances at the nightclubs as owners work to draw in the few people that are in town.

If you’ll be in Las Vegas for Thanksgiving, many of the restaurants on the Strip, as well as the resort buffets, offer special menu options for the holiday. In fact, many locals forget about cooking at home and head out for a Thanksgiving meal on the town. If there is a specific place you’d like to eat for Thanksgiving, make sure you make a reservation in advance if possible.

In addition to welcoming in the holiday season, November is also the pinnacle of college sports. Catch the UNLV Rebels in action on their home turf at Sam Boyd Stadium (for football), Thomas & Mack Center (for men’s basketball) and the Cox Pavilion (for women’s basketball). Check out the packed event schedule at the Las Vegas Motor Speedway as well, which becomes more popular once the weather has cooled down a bit.

If you’re a dog lover, you’re going to love Strut Your Mutt, a pooch-oriented event sponsored by the Clark County Parks and Rec department. Enjoy contests, crafts and entertainment, all surrounded by four-legged furry friends. For book lovers, the Vegas Valley Book Festival is a highlight. Featuring free workshops, book signings and activities, this community-wide event appeals to aspiring and seasoned writers and book lovers, both young and old.

In mid-November, Nellis Air Force Base, located in North Las Vegas, is the site of Aviation Nation, which includes an open house and air show. The two-day event also offers information about American aviation and the U.S. military. About 100 aircraft are on display for public viewing as well.

At the end of the month, the Magical Forest at Opportunity Village, the largest fundraiser for this non-profit organization, opens up for business and runs through the end of the year. Three acres of lights, decorated trees and nightly entertainment are all part of the event.

There are also a number of conventions in town during the month of November. COMDEX, an interactive and virtual high-tech convention, is usually held toward the middle of the month. It should be no surprise that Las Vegas is the site of the Global Gaming Expo, a yearly event put on by the gaming industry for anyone who has an interest in the latest play secrets, trends and advancements, held in mid-November. The Motor Trend International Auto Show is also a popular convention and show, drawing several thousand people into Las Vegas at the end of the month.

November is one of the most comfortable times of the year in Las Vegas. The daily high temperature is usually somewhere between 60F and 70F, and at night temperatures can dip into the low 40s. You can finally fit in a round of golf any time during the day, and hiking or exploring the great outdoors near Las Vegas is possible without passing out from heat stroke.