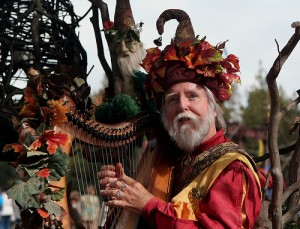 Most people don’t choose the middle of fall for travel, but October in Las Vegas is actually a great time to visit. This is the time of the year between the crowded Labor Day weekend and the packed holiday season. Because school is in session, there aren’t a lot of kids on the Strip, and it really is an ideal time to take advantage of Las Vegas travel deals before people arrive in town for Thanksgiving, Christmas and New Year’s Eve.

Days are still relatively long and sunny, but temperatures are much more tolerable; average highs hover around 80F though they might drop to the mid-50s at night. If you are at all interested in the outdoor activities near Las Vegas, October is the time to rent a car to explore places like Red Rock Canyon and the Grand Canyon. The weather is also ideal for golfing in Las Vegas.

There are several events held around Las Vegas in October, probably due to the nearly perfect weather conditions. The Las Vegas Bike Fest occurs annually at the end of September and into early October. For more than ten years, the Bike Fest has brought together thousands of motorcycle enthusiasts for competitions, shows and workshops as well as an extensive selection of vendors. Usually held at Las Vegas’ Cashman Center, the event also includes a concert series and other forms of entertainment.

In early October, the annual Art in the Park festival is held in nearby Boulder City. Artists sell jewelry, paintings, photography, ceramics, glassware, clothing and other items. There are also food vendors and occasionally live music. It is free to attend.

The Invensys Classic is a five-day PGA tournament held in Summerlin, a neighborhood in western Las Vegas. Tickets are available for sale several months in advance. Near the end of the month, the Professional Bull Riders championship takes place at the University of Nevada in Las Vegas. Cowboys from around the country descend upon the city for five days to compete in the event. Anyone is welcome to buy tickets and watch the competition.

One of the most entertaining festivals of the year is the Age of Chivalry Renaissance Faire, which is held at Sunset Park. For just a few days each year, the park comes alive with comedy, juggling, belly dancers, storytellers, theater productions and musicians. There is also a wide selection of food vendors and novelty shops, which sell everything from ceramic pottery and jewelry to swords and leather clothing.

If you’re in a do-good mood, make plans to attend the Grand Slam for Children, an annual event sponsored by the Andre Agassi Foundation for Education. This exclusive gala and auction benefit the foundation, and attendees are always treated to A-list entertainment. If you’re into college football, check out the schedule for the UNLV Rebels. Year round, on the first Friday of every month, visitors may want to check out Las Vegas’ local art scene at First Friday, an arts and entertainment block party in the Las Vegas Arts District.

Halloween is the biggest draw on the Las Vegas Strip in October. Regardless of what day of the week October 31 falls on, most of the nightclubs throw costume parties and plenty of celebrities make guest appearances for the events. Expect these costume parties to lean heavily toward adult-only and plan to keep the kids busy doing something else that night, such as at the Fright Dome in Circus Circus. The family-friendly Adventuredome, which is open year round in the resort, is transformed into a spine-tingling playground of spooks and fun for the entire month of October. Created for kids 12 and older in mind, the Fright Dome consists of haunted mazes, costumed characters and scary shows. All of the Adventuredome’s standard rides stay open as well.

If you prefer to celebrate Halloween off of the Strip, there are several portable haunted houses and mazes set up in parking lots around town. The Springs Preserve offers a safe trick-or-treating experience for families.