Las Vegas in the Summer 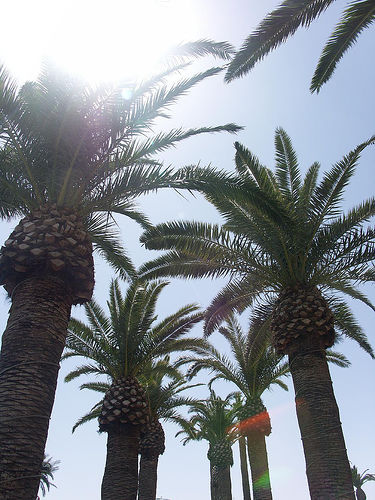 Sin City might be baking in the desert heat through the summer months, but countless people will plan their vacation to Sin City in June, July or August anyway. With 100F+ temperatures nearly every day, logic would suggest that Las Vegas would be deserted once spring rolled into summer, but that’s just not the case. In fact, the opposite is true. Pools are packed, celebrities are overbooked at nightclubs and very few shows are black.

Yes, the Las Vegas Strip is in full swing in the summer, and there’s no time like the summer months to pack it in with other gorgeous people wearing next to nothing because everyone is trying to keep cool. If you’re convinced that summer is the best time to visit Las Vegas, consider just a couple things:

First, the heat is so extreme that, unless you’re parked next to a pool or you spend all of your time in an air conditioned building, it is miserably (and almost intolerably) hot. Hiking in Red Rock Canyon, golfing on any of the city’s courses, and taking day trips to the Grand Canyon or Death Valley are possible but not nearly as enjoyable as they are at other times of the year.

Secondly, it’s tough to find Las Vegas deals during the summer months. Because so many people visit the city, hotels are packed, activities and shows are full price, and public transportation is crowded.

However, if you’re sure that you want to visit Las Vegas during June, July or August, you should know that you can still have a fabulous time. After all, thousands of people flock to the city every summer, and there’s a good reason for that. Perhaps it’s the heavy heat that slows people down or the relaxed feeling of having no obligations, but summer visitors in Las Vegas generally aren’t in a hurry to get anywhere fast and are fairly friendly. As long as you plan ahead and know that you’ll be rubbing sunscreen-slathered elbows with others at the pool, by all means, go ahead and book your Sin City vacation for the summer.

Kick off the summer with Memorial Day weekend, one of the wildest and busiest weekends in the city (rivaled only by New Year’s Eve). Guest DJs, countless celebrity sightings, grand openings, special events at the clubs and concerts are packed into this 3-day party that spans the Las Vegas Strip and beyond.

In June, temperatures will hover around 100F, but mornings might still be pleasant enough for a round of golf. Come to town for the parties, but make sure you check out some of the other events happening in the city during the month. The World Series of Poker takes place throughout the month, with thousands of players descending upon the city, including a handful of celebrities. CineVegas, an international film festival, draws directors, actors and film buffs, while a different crowd comes into town for an annual international truck show.

Independence Day in Las Vegas is packed with fireworks displays, pool parties and several local events, including the annual Damboree, which is held in Boulder City, southest of the Las Vegas Strip. The month continues with a crowded list of concerts, more play in the World Series of Poker and community activities, including farmers’ markets.

By August, the end of the summer is nearing, but the energy is still high at the local pools and clubs. Most days are warmer than 100F, and the occasional game of golf may be possible, but most people still hang by the pool, clinging to the last remaining days of summer. If you can convince yourself to actually do something, the Newport Pacific Jazz Festival in nearby Henderson takes place during August, as does the Las Vegas Harvest Festival, a gathering of artisans from across the country.

If you decide to make Las Vegas your summer vacation destination, there are a few things to keep in mind:

For more information on planning your summer vacation in Las Vegas, check out: