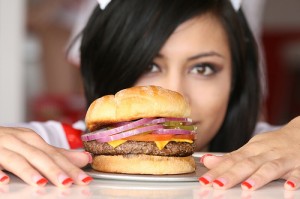 Most people come to Las Vegas to play, but if you’d like to stay awhile, you’ll probably need to get a job.

There are two main industries that make up Las Vegas’ work force: Hospitality and services. On the Strip, the Las Vegas hotels and casinos need dealers, cocktail waitresses, cage workers, janitorial staff, people to work in the food industry, bouncers, bartenders and countless other employees to keep their shows, nightclubs, restaurants, rooms and entertainment in working order.

Just like any other city that relies on tourism, there are ebbs and flows in employment with peaks over holiday seasons and in the summer.

It is very popular for college students and part-time employees to drift Las Vegas for the summer months when the pool clubs open and staff is needed from Memorial Day through Labor Day. Beginning in January, nightclubs and pool clubs have open calls for cocktail waitresses, lifeguards, bouncers and every other position needed to keep the clubs running at full capacity throughout the summer.

In a city where many people work in the hospitality industry, it’s little surprise that there is a need for services to support those people. Teachers, police officers and medical professionals are common professions in Las Vegas. Though there is always a need for more service professionals in the city, economic squeezes on the industry often mean that few jobs are actually available.

Working in Las Vegas is supposedly like working anywhere else in the United States. You’re supposed to have a social security number and legitimate identification to get a job, but the fact of the matter is that a lot of the labor in Sin City is done under the table. It is not uncommon to see men standing on street corners, available for landscaping or hands-on home projects.

Unemployment is a problem in Las Vegas. The city tends to grow faster than the economic infrastructure, so finding a job, even if you have a wealth of skills, can be very difficult. Las Vegas is very much about building relationships, and the most successful people in the city realize that networking, self-promotion and making themselves known is the key to finding work.