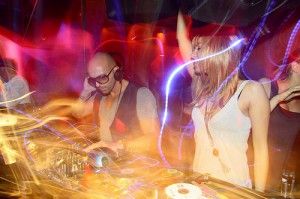 Thanks to clever promotions and marketing, the nightlife scene in Las Vegas has gone from almost non-existent 20 years ago to one of the city’s most popular draws today. People flock to Las Vegas for the celebrity appearances, house DJs and special events at the nightclubs up and down the Las Vegas Strip.

Just about every hotel in Las Vegas has at least one “exclusive” nightclub competing for visitors with deep pockets, but there usually several others, which include sultry lounges, oversized dance floors and trendy venues, all complete with full bars, cute cocktail waitresses and an atmosphere that encourages partying into the early hours of the morning.

The price you’ll pay to get into a Las Vegas nightclub depends on several factors. If there will be celebrities in the house or a sought-out musician or DJ providing music, you might have to pay more. Special events and holidays often require advance reservations. Thursdays through Saturdays are particularly busy and, therefore, more expensive. In addition, men generally have to pay more than women, and some clubs even have a certain men-to-women ratio policy, which means that guys may be left standing in line while the ladies are ushered in.

All of that said, men can expect to pay about $20.00-$30.00 for entrance; women generally pay somewhere between $10.00 and $25.00. Expect to stand in line for a long time, and plan on spending an outrageous amount of money for drinks (especially if you order bottle service). Mark up on alcohol in Las Vegas nightclubs is incredibly high.

There are ways to get to the front of the line at a Las Vegas nightclub. Proper dress is essential, and you may need to tip the doorman (at least $20.00 per male in the group). Getting on the guest list, having VIP status or reserving a table will all help speed up the process.

Most Las Vegas nightclubs offer packages where guests can buy their way into VIP status for a fee. The price depends on the club, and every place offers a different deal, but, in general, for $500.00 or so, you and three of your friends can get into a club, snag a reserved table and receive a bottle of pricey booze. Reserving VIP packages during special events or on holidays such as New Year’s Eve or Halloween will cost more.

If you’re planning on going anywhere after 9:00 p.m. in Las Vegas, it’s probably safe to assume that you’ll need to adhere to a dress code. Nearly every nightclub has a dress code of some sort, and the vibe at the clubs is more classy than trashy, so it’s safe to assume that men should wear collared shorts and avoid tennis shoes and flip-flops while women should be outfitted in sexy but appropriate party clothing. Check with your club of choice about its dress code before going out for the night to avoid being turned away at the door.

Most Popular Nightclubs in Las Vegas

This is probably where you were hoping to find a list of the places where the A-list celebrities hang out, but the fact of the matter is that the hippest nightclubs in Las Vegas change so frequently that it can be difficult to keep up with who is hanging out where. New nightclubs are opening up all of the time in Las Vegas, and what is hot today may be yesterday’s news tomorrow. Any club that stays open for more than a few years really is a rarity.

If you want to find out which clubs are the hottest right now, pick up a copy of Vegas Weekly or What’s On for listings of what clubs are hosting which parties and who will be attending.

For those looking for surefire nightlife fun, you can bypass the nightclubs and, instead, consider spending the evening at a piano bar. There are about a half dozen of these lounges throughout the Las Vegas valley, all of which are packed with high energy, though the atmosphere is much more casual.