Winning Players Ante Up For Africa

Last week as part of the preliminary events of the WSOP, actor Don Cheadle and poker professional Annie Duke co-organized a charity event called Ante Up For Africa. Many of their friends in the entertainment and poker realms answered the call to participate in the event, which required a $5,000 buy-in. 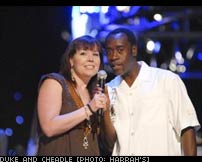 Cheadle’s Ocean 13 co-star Matt Damon and his close friend Ben Affleck reportedly flew in from family vacations in Hawaii to play in the tournament. Damon was knocked out in his first round, but Affleck made it to about the half way mark of play before he left the tables.

At the end, Brandon Moran and Dan Shak were the two men left standing and even though it was requested that all players donate half their winnings, they both agreed to donate the entire winning $386,738 pot to the tournament’s charities. All monies raised were donated to the International Rescue Committee and the Enough Project.

In a press release from the event, Cheadle said, “It was a terrific experience and show of support for a world tragedy. Thank you to the WSOP, celebrities and poker pros that brought their commitment to the poker tables and raised awareness about the Darfur crisis.” 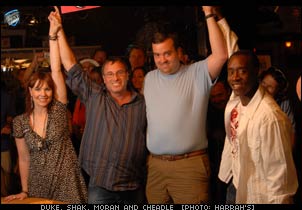 The folks at Harrah’s were kind enough to share these photos of participating celebrities from the tournament with us. 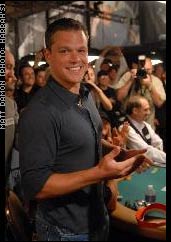 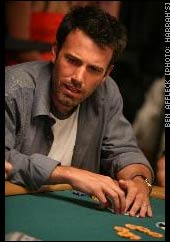 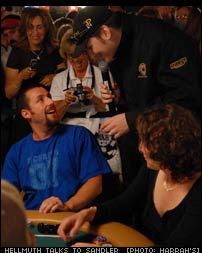 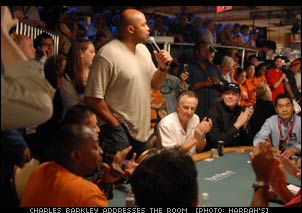